WELLS & Young’s has launched a new McEwan’s golden ale – its first innovation on the brand since acquiring it from Heineken last October. 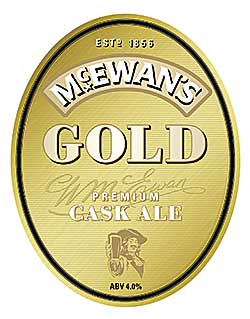 The 4% ABV McEwan’s Gold will initially be available as a special edition for August.
It comes in response to the growth of the golden cask ale market, which, according to CGA, was up almost 19% in volume terms for the three months to March 17 compared to the same period last year.
David Revell, commercial director at Wells & Young’s, said the new products should appeal to younger customers looking to venture into the premium ale category.
He added that “there is potential to launch McEwan’s Gold as a permanent line and we will keep a close eye on demand”.

Image: McEwan’s gold is pitched at a younger target audience.