A MOVE to unblock the faltering flow of credit from banks to small businesses has received a cautious welcome.

Colin Borland, head of external affairs at the Federation of Small Businesses in Scotland, broadly welcomed the launch of The Bank of England and HM Treasury’s new Funding for Lending Scheme (FLS), which aims to give banks greater incentives to lend.
The FLS gives banks and building societies that demonstrate a willingness to lend to households and businesses more borrowing powers at lower costs than those which scale back their lending. It comes after business groups criticised a previous government-backed lending, scheme, Project Merlin.
Borland described the scheme as “good news for growth”, but warned it would only achieve its aims if it prompted lenders to provide funds to businesses and individuals currently out of the financial loop. And he said the scheme needed to spark a change in banks’ attitudes as well as stimulate lending.
“Our latest figures suggest that around 40% of our members who approach their bank for finance are rejected,” he said. “At the same time, nearly 40% of the lending decisions appealed to the Banking Taskforce’s appeals process were overturned.
“This suggests that there remains a problem around to whom high street banks are willing to lend and that is a problem which any stimulus scheme needs to take into account.” 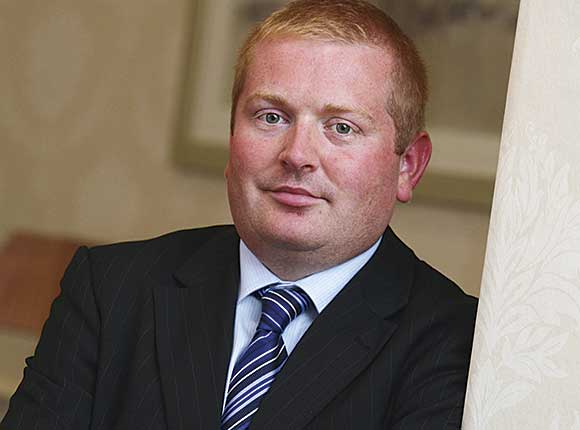 Image – Borland: scheme must be backed by new attitude.