‘POP up’ bars are proving all the rage in the capital this summer, with two venues playing host to the latest temporary bar operations.

The team from Bar Raconteur returned to Restaurant Mark Greenaway earlier this month to set up their second pop up bar at the venue, following a successful first stint in June.
The team, who will open a new outlet in Edinburgh later this year (it previously traded in Stockbridge), are offering a range of cocktails in an area above the restaurant. The pop up bar appeared this month and will continue until the end of August, after which the space will be renovated into three bedrooms.
“It is an honour to return to No 12 Picardy Place,” said Jamie MacDonald, owner of Bar Raconteur.
“We work very well with Mark Greenaway, sharing a love of food and drink, and we look forward to again offering an amazing experience.”
Next month will also see Edinburgh beer firm Innis & Gunn open its first pop up bar in time for the Edinburgh Fringe and Festival.
The Innis & Gunn at 32 Potterrow bar is a joint venture between the firm and Edinburgh cocktail bar 56 North.
As well as I&G’s own products, the bar will stock beers from Scottish brewers such as Williams Brothers, Stewart Brewing and Caledonian Breweries and a selection of boutique spirits and whiskies. Several events will also be hosted at the 350-capacity venue. 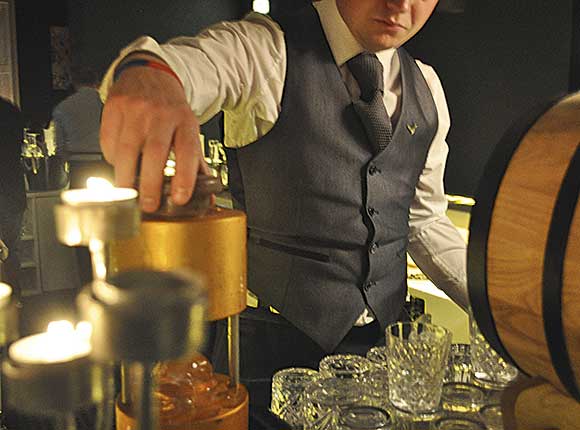 Image: The team from Bar Raconteur return to Restaurant Mark Greenaway this month.

No drinking up time as ‘curfew’ goes live