The arguments against minimum unit pricing are overwhelming

IT is very rare for a politician not to take the credit for a favourable trend or statistic.

The fact is, there has been a significant fall in alcohol consumption in this country since 2004.
Why, then, has no political leader attributed this fall to the brilliance of their policies? 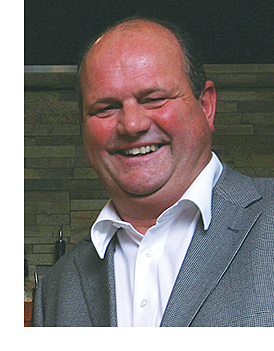 There can be no greater opportunist than Ed Balls but even he fails to take credit for the decline.
The unfortunate answer is that the medical terrorists are gaining the high ground in the moral debate and that logic and facts are therefore ignored in the scramble to be seen to be part of the zeitgeist.
The introduction of minimum unit pricing for alcohol is the logical next step for many members of the anti-tobacco lobby.
You can imagine the misanthropes surveying the battleground of their smoking ban victory and asking: “Where next”?
Without stretching the war analogy too far, there is no doubt that we need a Churchillian figure to turn the tide.

There are three powerful reasons why the industry should oppose minimum pricing.

One of Churchill’s great quotes was, “I have taken more out of alcohol than alcohol has taken out of me”, and this is surely the case for the vast majority of drinkers.
The argument against minimum pricing can be summed up in one sentence: why would any sensible retailer voluntarily give the government control over its retail prices?
History has surely taught us that legislative tinkering is never in our best interests.
There are three powerful reasons why the whole industry should oppose minimum pricing.
Firstly, and most importantly, whatever price is set initially will not stay that way for long.
University tuition fees offer an insight into why the government cannot be trusted with prices.
Tuition fees were first introduced in September 1998 capped at a maximum of £1000.
In January 2004, the upper limit was raised to £3000 and this was raised again in October 2010 to the princely sum of £9000.
If we assume that Westminster follows the Scottish Parliament (as it eventually does on most licensing issues) and adopts an initial 50p per unit minimum, it could be raised ninefold in just 12 years.
It is not inconceivable that a minimum price of 50p in 2014 could be £4.50 in 2026.
If that seems fanciful, ask yourself how many people in the year 2000 would have believed that a packet of cigarettes would cost £8.50 today.
The second concern is that the medical terrorists are given another victory without having to put up a real fight.
We must remember that these people never give up.
The smoking ban [introduced in Scotland in 2006 and England and Wales the following year] caused untold damage to our industry but did they stop there? Of course they didn’t.
Fanatics don’t quit. In the five years since the ban, they have secured the abolition of cigarette vending machines, stopped the display of tobacco in most retailers and will soon achieve plain packaging.
Don’t think for one minute that these people will get off industry backs if they achieve minimum pricing for alcohol.
My third concern relates to the efficacy of our lobbying.
If you compare our industry to the best in class, we fall way short.

Why would any sensible retailer allow government control over its prices?

The Freight Transport Association, the major oil companies, the betting industry, the banking industry and the Scotch Whisky Association to name a few have all proved what can be achieved through effective lobbying.
However, the real kings of the pile are the major supermarket chains. They are almost entirely responsible for the rise in the misuse and abuse of alcohol over the past thirty years.
The government has palpably failed to control these Godfathers of binge drinking.
I shudder to think how we will fare against them when it comes to discussing the finer points of any minimum pricing legislation.
Who do you think will emerge the stronger, the on-trade or the supermarkets?
In my opinion, the arguments against minimum pricing of alcohol are overwhelming. The only way to prevent the government from wreaking further havoc in our industry is to mount a powerful and effective campaign against this initiative.
If we miss the opportunity, we will surely regret it for years to come.
• Ian Payne is the chairman of the Stonegate Pub Company, whose portfolio includes 18 pubs in Scotland and 550 in total across the UK.

Image: Payne fears “medical terrorists” are closing in on victory on minimum pricing without a fight from the trade.