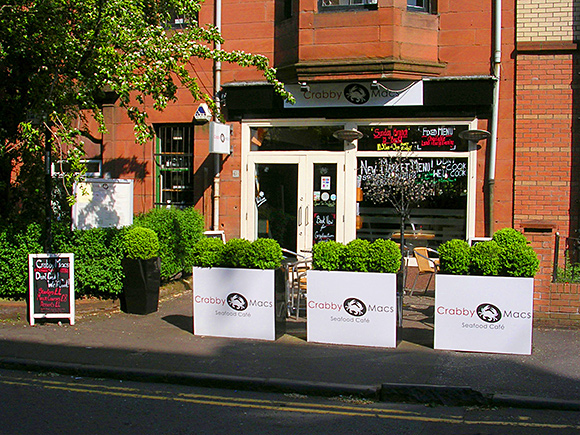 A SEAFOOD cafe in Glasgow’s west end believed to offer scope for a hands-on owner to develop has come onto the market.

Currently run under management, Crabby Macs on Otago Street is described as a “well-performing” business which represents a “tremendous opportunity” for a new owner operator.
The 50-cover restaurant, based close to Glasgow University, is decorated in a “quirky and modern” style and has a 16-cover outdoor seating area.
The business originally traded as Tattie Macs before owner The Partners Restaurant Group rebranded it Crabby Macs last year; although it is known for its Scottish seafood, the restaurant also offers a selection of steaks, duck and game.
Jonathan Clough, associate director at Christie & Co who is handling the sale, described the business as an “extremely popular neighbourhood bistro”.
“Crabby Macs enjoys an enviable trading position on Otago Street, which links Great Western Road and Gibson Street in the heart of Glasgow’s west end,” he said.
“The business is well-placed to take advantage of the well-populated local area, as well as Glasgow University and the Western Infirmary, so it enjoys a good mix of clientele.
“Crabby Macs is currently run entirely under management so it represents a tremendous opportunity for a new owner operator to take on this well-performing business and make it even more profitable with a more hands-on approach.”
Crabby Macs is on the market at offers over £60,000 for the leasehold. 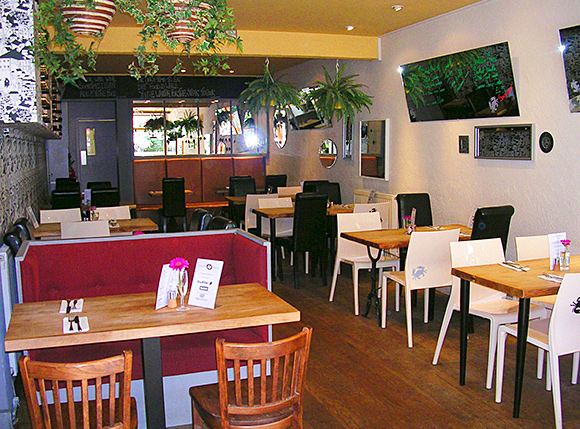 Images: Crabby Macs has 50 covers and can seat a further 16 in the outdoor area.