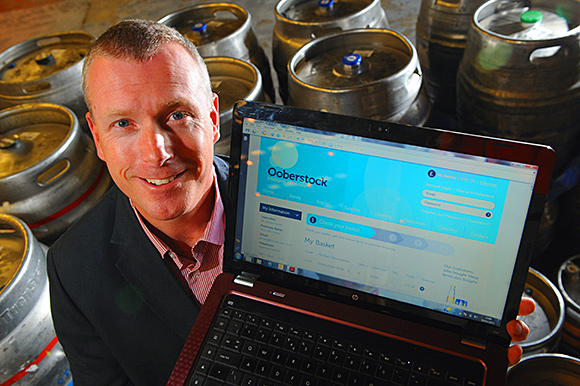 JUST as consumers are increasingly using computers and smart phones to make restaurant reservations, a growing number of venues are ordering stock from wholesalers via the internet.

Booker, the cash and carry and delivered wholesale firm, highlighted the potential in online ordering as it unveiled its latest annual results in May.
Chief executive Charles Wilson said online sales were “powering away”, and had risen 21% to be worth £635 million in the year to March 30.
At the time it announced the results, the firm said its number of ‘active’ online customers had risen from 105,000 to 170,000 over the period.
And it is not alone among wholesalers in offering an online service: Filshill, which largely serves the independent off-trade, is also seeing growth in online ordering, while Dunns Food & Drink will move into the market soon.
One recently-launched wholesale company trades exclusively online.
Described as an “intelligent wholesale business”, Ooberstock offers an online platform for brand owners to upload product, price and promotional information, which retailers can browse and order from in turn.
The company’s founder, Aaron Heal, says the system removes barriers the traditional wholesale model presents to brand owners frustrated in their attempts to communicate key information to customers. A host of suppliers, including Heineken, Budweiser Budvar and Red Bull, have signed up, with more than 4000 on-trade outlets now registered.
“From personal experience as a former brand owner working with Coca-Cola and Cobra beer, I know how frustrating it can be when the traditional wholesale routes to market give you limited visibility and access to the retailers you supply,” Heal said.
“This in turn creates barriers when it comes to driving sales and promotional activity, particularly in the independent, free-trade sector. Ultimately it means you don’t have a relationship with the businesses that are selling your products to consumers.”
Yet although online ordering is on the rise, bricks and mortar wholesalers say it won’t ever usurp the traditional way of doing business. 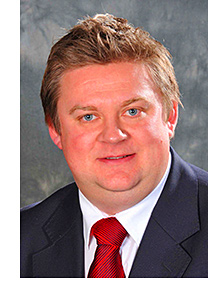 Filshill boss Simon Hannah, whose firm currently takes 25% of its orders through EPOS and online ordering, says ‘virtual’ trading does save the operator valuable time.
But he insists it’s not the whole story.
“For me, online is a very useful and efficient method for capturing orders, but I view that as only being 50% of the benefit – having a designated sales resource working on a sustainable growth plan with individual customers is where the benefit is maximised,” he said. “Companies who are focusing specifically online are leaving themselves open to that missed opportunity.
“Wholesale is a people business and strong trading relationships are built around that – providing forward-thinking wholesalers are balancing technology with traditional values.”
Other wholesalers offered a similar view, including Michael Lovedale, director of the recently established supplier Hotsauce Drinks.
“I think the internet is a great tool for retail but nothing beats speaking to your customers,” he told SLTN.
“I think this part of the market will grow and this will impact bigger, less responsive wholesalers as customers and managers are now always looking for new brands to offer.”
But Lovedale said there are ways in which dedicated online wholesalers can’t compete.
“Ultimately, if you need a bottle of rum on a Friday night we will deliver – they can’t,” he explained.
“Additionally, we do not charge shipping and can offer pretty much any brand. Interestingly, many of our customers have moved from online suppliers to us for specialist brands for exactly those reasons, plus the fact we are generally more price competitive.”
Yet weighing up the pros and cons of online trading is arguably small fry compared to the other issues wholesalers are having to deal with.
Speaking to SLTN shortly before the UK government announced that its planned 3p hike in fuel duty had been postponed from August until January 2013, Dunns Food & Drink MD Jim Rowan said: “I would say the biggest challenges for the traditional wholesale sector are the cost of diesel, which continues to rise year after year, [and] the squeeze on margins as a result of other competitors entering our marketplace, for example the multiples with their shop to door delivery and the cash and carries getting into the delivery sector.
“Customers within our trade are having to work very hard to attract customers into their outlets.
“It’s a constant demand on margins which sets us the challenge to continuously find them new products which will allow them to make more margin. That is why we launched [new product range] Scottish Roots, which offers a new exciting range of products sourced locally allowing the customer to sell a range that attracts greater margins.”
That wholesalers have had to become more responsive to customer needs since the recession is recognised by Lovedale at Hotsauce (“we have even delivered three bottles to a customer at 1am”) and Filshill boss Hannah.
“Customers are reducing their stockholding so the demands for greater levels of service are certainly here,” Hannah said. “Providing additional deliveries to customers who are reducing their back-up stock holding and of course being the first port of call for all legislation questions.”