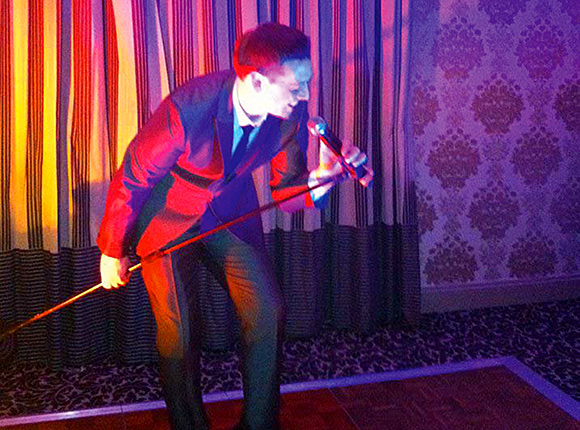 THE people of Lanarkshire know how to enjoy themselves. Which is why you’ll always find plenty of entertainment on offer across the Lisini Pub Co estate.

From the Parkville in Blantyre to Angels hotel in Uddingston, each outlet has a packed programme of acts and activities designed to tempt people out of their homes, while providing value for money in return.
Sales and marketing manager Karen McKeever said entertainment is fundamental to the operator’s strategy.
“We don’t want to rest on our laurels,” she told SLTN. “Money is tighter nowadays, so when people go out they want to make sure they’re going to enjoy themselves – we don’t want them sitting in the pub with no atmosphere and nothing to do. They’re only going to go somewhere down the road [if you don’t engage them].
“So it [entertainment] is an integral part of the business. We want to be a ‘one-stop-shop’ for people – they can get married and have functions here as well as socialise.”
The entertainment provided by Lisini is extensive and varied, and runs the gamut from pub quizzes and tribute acts to hypnotists. Some events also have a light-hearted educational angle, such as the wine club and cupcake and cocktail masterclasses.
And even when it comes to traditional activities like quizzes, held once a week at the Parkville, Angels and the Croft in Glasgow, attempts are made to inject some extra fun into proceedings, whether by offering participants the chance to gamble for more valuable prizes (on the ‘wheel of misfortune’, sponsored by Russian Standard) or winning teams from each outlet going head to head.
“We have inter-pub quizzes – the Croft quiz team will play Angels, Angels will play the Parkville and so on – and we’ll have a tournament as well,” Karen said. “For example, if Angels are playing the Croft we’ll put on a bus to take them to the Parkville for the match and put on food as well.
“It makes it a bit more competitive.”
While outlets are increasingly turning to IT-based systems to run entertainment like quizzes, Lisini continues to use a quiz master, though there are interactive elements using technology like Wii consoles.
Away from quizzes, live music is integral to the offer, with tribute nights held on the last Saturday of every month at the Croft and Dalziel Park, Lisini’s bar, restaurant, hotel, functions and golf business in Motherwell. 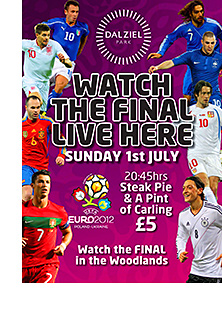 Themes range from diva nights and Lady Gaga to Paulo Nutini, with the music and a three-course meal sold in a packages priced £20-£25. Meanwhile, long-running favourite the Music Man continues to be a popular draw at the Parkville on the last Sunday of the month.
Putting together such an exhaustive schedule requires a detailed level of planning, understandably.
Karen co-ordinates the programme, but relies heavily on ‘entertainment champions’ at each outlet (Haydn Hughes at Dalziel Park, Claire Farr at Angels, Jennifer Hassen at the Croft and Richard Martin at the Parkville) to gauge the popularity of acts.
“With the amount of people trying to get gigs at our pubs and sending in CDs and MP3s I sometimes feel like Simon Cowell!” Karen quipped.
“It’s quite a good platform for them as well. We’ve got a regular here, Jonathan Carr, who’s been in America and played with John Mayer, and people absolutely love them. People come here to see him, which is another avenue for bringing in customers who may otherwise not come. He does Michael Buble, Paulo Nutini and some of his own stuff – he’s got an amazing voice.
“Before I book someone I go out and see what they’re like.
“We need to make sure that when we book a tribute act they are the best that’s out there, because it’s going to affect our business. We also make sure it’s something our regulars want to see and respond to.
But the musical entertainment isn’t all about the big live performance.
‘Funky Fridays’ at Dalziel Park give people the chance to unwind after the working week with chilled out tunes, while wannabe singers can indulge in some karaoke action on Thursday nights at the Croft.
And, unsurprisingly, given Lisini’s west of Scotland base, live sport is key to the entertainment offer. A special deal at Angels, offering a two-course meal, complimentary drinks and all the action from the final of Euro 2012 for £15 had sold out well ahead of the game, while complimentary pies were to be offered at half-time in other outlets.
Plans are also being made to run Olympic-themed events in outlets.