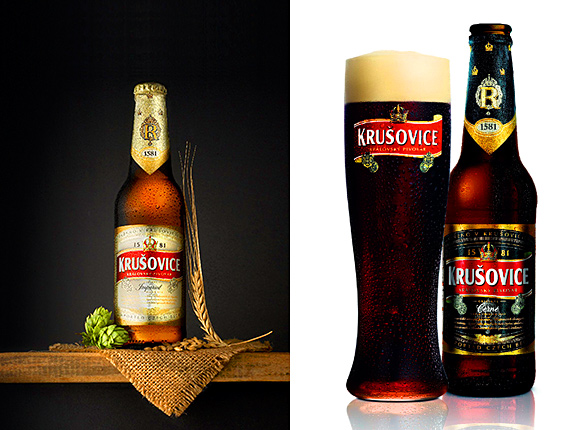 CZECH beer Krušovice will be thrust into the spotlight this summer as part of a major new on-trade push.

Ambitious plans to develop the Heineken-owned brand in the UK were unveiled by distributor SHS Sales & Marketing at an event in London earlier this month. The launch was hosted by Tomáš Kosmák, head brewer at the Royal Brewery of Krušovice, which was established in 1581.
The new activity will focus on Krušovice Imperial – a 5% ABV golden pilsner lager – and Krušovice Cerné, a 38% ABV smooth, full-bodied dark beer.
The distributor said both beers, which are positioned at the top end of the premium imported beer category, will be available to the on-trade in 330ml bottles, with a recommended retail price of £3.85.
SHS aims to work with selected on-trade outlets to develop draught sales of the beers, which have a suggested retail price of £4.15 a pint.
As part of the on-trade drive, a consumer sampling campaign will target outlets in Edinburgh, Bristol, London and Manchester, backed by perfect serve training, a bar staff ambassadors’ programme and a range of premium point-of-sale materials.
The launch comes after Heineken Western Europe Exports appointed SHS earlier this year to distribute Krušovice in the UK to tap into what’s said to be growing consumer interest in premium authentic beers from around the world.
Audrey Schillings, senior brand manager at Heineken International, said the retail sales value of the world lager category in the UK on-trade is now approaching £1 billion, up 18% in the past year.
“The strong performance is being driven by the combination of a growth in the number of consumers buying into the world beer category and increases in frequency of purchase,” she said. “We are seeing particularly strong interest from consumers and trade customers in European heritage pils that reflects a growing consumer desire for an authentic, traditional beer experience.
“It is these prevailing market trends which led to our decision to extend availability of Krušovice throughout the UK for those consumers who wish to enjoy a premium quality beer.”