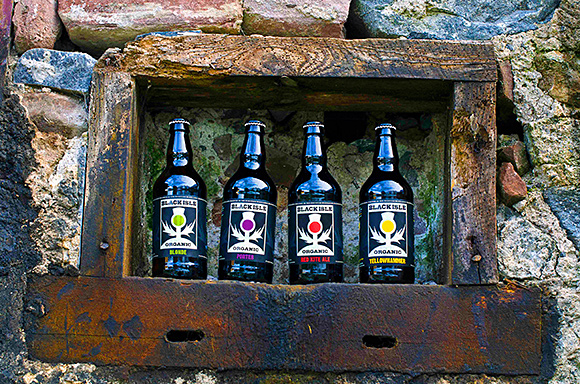 A HIGHLAND brewery is looking to boost sales overseas after signing new export deals in Japan and Sweden.

An initial 35,000 bottles of Black Isle Brewery’s beers, including Blonde, Red Kite, Yellowhammer, Porter, Scotch Ale and Hibernator, will be distributed in Japan by Liquor Land, which has experience in importing European brands.
The Ross-shire brewery will also take part in the Oktoberfest celebrations in Sweden this year with a seasonal listing for its Jocktoberfest beer.
Black Isle, which has been exporting its beers to the Scandinavian country for two years now, said Jocktoberfest will be stocked by state-owned off-licence chain Systembolaget in September and October.
The brewery’s Richard Irvine said Japanese consumers appreciate the quality organic ingredients that go into making the beers.
“The water comes from our own 100m deep bore hole, we grow our own organic barley on the farmland that surrounds the brewery, we culture our own fresh yeast and carefully select the organic hops,” he said.
“The care with which we select the ingredients is then continued through the brewing process.
“The Japanese market seems to appreciate these qualities as well as our branding and the fact that it is brewed in one of the most beautiful parts of the world.”