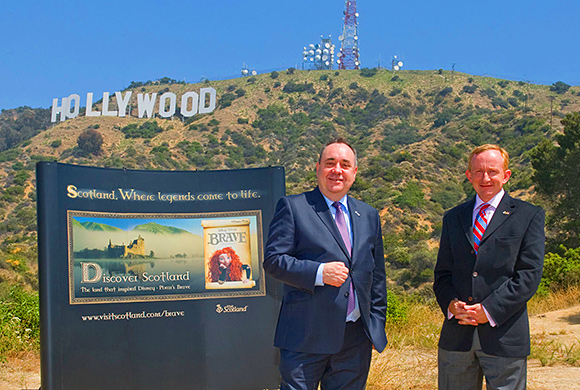 TOURISM body VisitScotland has launched its biggest-ever global marketing campaign on the back of new Disney Pixar animation Brave.

Anticipated to reach an audience of 80 million in the UK and abroad, and generate £140 million, the TV and cinema ad is based on the theme ‘Scotland: where legends come to life’ and is said to showcase the “drama and spirit” of Scotland through its landscapes and natural environment.
It features images from the film interwoven with real-life scenes from Scotland.
The ad, which will be translated into French, Spanish, German and Italian, was launched to coincide with the world premiere of the film in Hollywood.
VisitScotland chairman Mike Cantlay said the campaign represents VisitScotland’s first TV advert in North America for ten years, explaining that the timing is “crucial” as that market is showing “encouraging signs of recovery”.
“The film is about changing your fate and I believe it will change the fate of Scottish tourism in a significant and positive way,” he said.