Communication between all areas of operation is vital, EPOS firms say 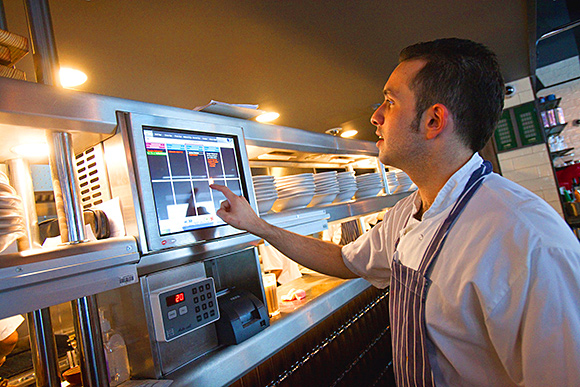 ONCE the territory of large retailers, electronic point of sale (EPOS) systems have increasingly been adopted by the licensed trade as operators seek to streamline their businesses.

But suppliers contacted by SLTN say EPOS systems offer considerably more than just saving time at the till.
“You’ll benefit from real-time cash and stock management and a whole lot more, depending on your specific requirements,” said Paul Steven of ACR Retail Systems.
“You’ll be able to track your sales performance, stock and profits on a daily, weekly, monthly and annual basis and receive lots of key business data to inform your decision making and identify issues affecting the success of your business.”
Tim Van den Branden, director of equipment manufacturer Sigma Touch Solutions, said a decent system can also help reduce the amount of paperwork operators have to compile.
“As well as faster and more accurate service, the number one reason for installing an EPOS system is still to improve stock control,” he said.
“An EPOS terminal replaces the need to compile spreadsheets and wade through receipts. It deducts purchases directly from stock records so that the venues know exactly how many of each product are still available and can clearly see when lines need to be replenished.”
As with most technology, the equipment continues to become more advanced.
Recent innovations in EPOS include the introduction of real-time web-based reporting, which is able to supply operators with sales information immediately, and CCTV integration, which can help to protect against fraud.
“CCTV integration provides users with fraud detection and prevention powers,” said Andrew Burrows, partner channel manager of PXtech.
“Users can pull up the transaction receipt alongside surveillance footage and ascertain whether an anomalous incident is an honest mistake or a fraudulent incident.
“This is an aspect particularly useful in a cash-based, high-leakage sector such as the licensed trade.”
New systems can also link the front of house and kitchen operations.
Ashley Sheppard of Call Systems Technology said it is possible to relay orders directly from screens or terminals at the front of the bar or restaurant directly to screens in the kitchen.

It’s key to have a system that makes service to customers as quick as possible.

“Here, the system automatically assigns menu items to individual chefs’ workstations, based on the prep times of each item on a particular order, so that all items for the order complete at the same time,” Sheppard said.
“EPOS-linked kitchen automation delivers faster kitchen preparation and delivery, enhanced food quality and reduced working stress.”
Front of house, the use of portable and handheld EPOS terminals has become more common, according to Steven, who said this technology allows staff to spend more time with customers and, ultimately, increase sales.
But, when it comes to choosing EPOS systems and equipment, Burrows at PXtech said it all comes down to each outlet’s individual needs.
He said operators should have a “clear view” of what they want from their EPOS system and try to avoid purchasing features they won’t use. 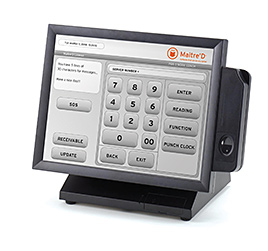 “For example, if there is no intention of running stock control, then avoid paying for stock control modules,” he explained.
“However, bear in mind that you may wish to run additional features in the future so opt for a system which will be able to accommodate these as bolt-ons.”
From an operator’s perspective, having a system that makes life easier is essential, according to Kenny Blair, whose Buzzworks group uses the Maitre’D system across its outlets.
“I would say the first thing is to have an interface that makes service to the customers as smooth and as quick as possible,” he told SLTN.
“Secondly, the back of house system, in terms of stock control, needs to be good. Reliability is also important.
“If you have a system that falls over every five minutes it’s just a nightmare.”
Blair also had good news for operators on a financial front, saying that the price of EPOS equipment has come down significantly over the 14 years Buzzworks has been using it. In fact, it is now around the same cost to replace a faulty piece of equipment as to have it repaired, said Blair.