Molson Coors and Sky eye growth in independents with collaboration 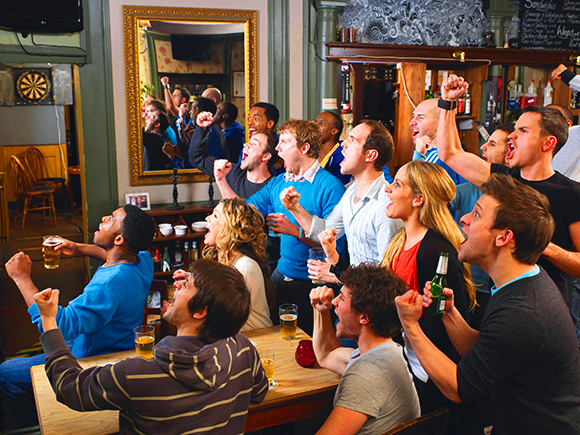 MOLSON Coors and Sky have struck a new commercial alliance in a bid to build both companies’ presence in the independent on-trade.

The duo reckon as many as 70,000 licensed venues across the UK could benefit from the deal, which offers operators discounts on Sky’s Ultimate package in return for buying drinks through the Carling owner.
Pubs could save up to a third on their Sky bill – depending on the level of buying loyalty shown to the brewer
Simon Cox, wholesale business managing director at Coors, said the aim of the partnership was “straightforward”.
“We’ve got together with Sky in a collaborative way to offer the trade discounts on their Sky package, in return for deeper trading relationships with Molson Coors,” he told SLTN.
“So, licensees, including Scottish ones, can get up to a 33% discount on their Sky package if they take the full one-stop shop across our drinks range.
“It’s pretty simple. It’s going to be really compelling and we think the collaboration between ourselves as a major drinks provider and Sky as a major live sport and entertainment provider is going to work really well.”
The two companies are primarily targeting the independent trade with the offer, from single pub operators to groups with up to 20 outlets.
With the Euros entering the latter stages in Poland and Ukraine, and a new domestic football season coming up, Bruce Cuthbert, director of sales at Sky Business, said it was a “great time” to launch the deal.
And while he declined to comment directly on whether the uncertainty around Rangers would affect take-up in Scotland, he insisted demand for top class sport was beyond question. “There is an insatiable appetite to watch a whole range of sports in licensed premises,” he said. “We’re getting viewing figures of seven million individuals watching sport in licensed premises per week and it’s something that’s just never going to go away.”
Cuthbert said the deal was further evidence of Sky adding value to its offer, highlighting recent innovations it has launched like HD, 3D and wi-fi.
For Cox, the offer of free wi-fi via Sky service The Cloud is a major attraction of the deal.
“We think we can use that to push people into outlets – texting them, emailing them specific offers in outlet to drive footfall,” he said.
Under the deal, Molson Coors’ sales staff will be tasked with selling the offer in trade from July 9.
Three discount options will be offered: order at least three core Molson Coors’ brands and receive a 10% discount on Sky’s Ultimate package; buy all beer from Coors and get a 20% Sky discount; or order all drinks from Coors and pay 33% less for Sky. Those taking the third option will also enjoy a price freeze on Carling until December 2013.
Prospective customers will be required to buy at least three core Molson Coors brands, one of which must be Carling, to tap into any of the three; the core brands must also be ordered in draught format, with the exception of Corona.

Image: Both organisations insist the tie-up will help drive more people into pubs.