SLTN Mixologist of the Year Andy Thompson reckons experimenting is the key to cocktail success. 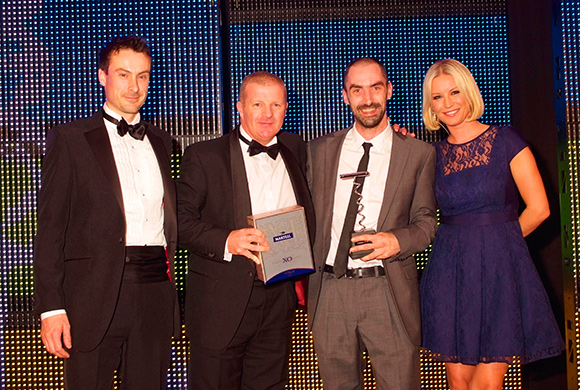 HE may not have realised it at the time, but the pursuit of experimentation that saw Andrew Thompson add a Scottish flavour to a classic New York cocktail was to signal his arrival as a bartender, publicly at least.

Just two months after joining The Rutland in 2010, SLTN’s reigning Mixologist of the Year hit the headlines for the Bru-Hattan – a combination of Maker’s Mark bourbon with vermouth and Irn-Bru syrup.
Although he had created 40 original recipes for the venue, which is owned by Signature Pubs, it was the Bru-Hattan that fired the imagination.
“The Rutland was the best thing that ever happened to me, because as soon as I started they wanted to re-do the cocktail list,” Thompson recalled to SLTN.
“They didn’t really have anyone with the same background in cocktails that I had, so I really took the forefront and did their list for them,”
“It [the Bru-Hattan] got quite a bit of press coverage.
“All the Edinburgh papers took it on, a couple of the Glasgow papers as well. There were even a couple of papers in England.”
The Bru-Hattan was no fluke, though.
By the time Thompson joined The Rutland, he had already chalked up more than a decade’s worth of experience in the bar trade. Having cut his teeth at Edinburgh bars such as Legends (now Opium) and Berlin, where he was first schooled in cocktail-making, he moved to the Voodoo Rooms, where his interest in cocktails was piqued.
“That was where I started to do my own cocktails,” he said.
“I’d always just followed recipes and done other people’s cocktails, but Voodoo was really good. Ben Carlotto [former general manager] did lots of cocktail competitions and he wanted to get the staff involved in trying recipes, making their own cocktails, working out recipes for themselves.”
That passion for experimenting with different ingredients and flavours followed him to The Rutland, where he introduces new cocktails every month, as well as seasonal lists at certain times of year.
The bar manager has even taken to making his own ingredients.
“My wife and I love going out for an afternoon coffee and getting some scones and things, and we used to go to a place that made its own jams,” he said.
“I took inspiration from that, started making my own jams at home, and then used them as the base to make a whole list of cocktails for The Rutland, which we called The Jam Session.”
Thompson is equally keen to experiment with spirits and tries to sample as many new products as possible to ensure The Rutland remains at the forefront of Edinburgh’s cocktail scene.
“I think it’s really important to introduce your customers to different things,” he said.
“A bartender is the best rep you can have for any drinks company. A barman’s recommendation goes a long way when people come in and don’t really know what they’re wanting.
“I think it’s one of the best traits of a good bartender that they can upsell new products and get people excited about things.”
Nearly 15 years’ experience behind the bar has provided Thompson with a bird’s eye view of changing consumer tastes in Scotland’s capital – in particular, the shift away from vodka towards spirits such as gin, rum and Tequila.
“I think Tequila is the big one,” he said.
“It’s something people are slowly coming around to – it’s a bit more diverse than just being something you knock back with salt and lime.
“I think Tequila is the most versatile spirit. It’s so easy to make everything, from short, strong alcoholic-style drinks to nice long, cool, fruity cocktails. It works well with everything.”
His experience also ensures he is well-positioned to provide up and coming bartenders with a few hints and tips.
Making your own ingredients is a huge advantage for a mixologist, said Thompson, as it grants a greater level of control over flavours.
But he stressed the importance of not getting too carried away.
“If you’ve got a good idea, stick with it and don’t overcomplicate it,” he said.
“The worst thing to do with cocktails is to have an idea, think it’s not quite working, and then keep adding things until you’ve lost what the idea was at the start.
“Experiment a lot, but don’t overdo it with ingredients. I think that’s the most important thing. I always start off with a base spirit and two flavours I want to add and then take it from there.
“It’s very easy to lose what you originally wanted to make by adding things to make it taste better.”
Ian Peart, on-trade channel director for spirits at Pernod Ricard, which sponsored the SLTN award with Barnomadics, said: “Andy’s cocktails are very well thought out and practiced.
“He has incredible brand knowledge and a great work ethic. He practices his skills constantly and is always proactive at coming to brand owners with creative ideas for new serves.”

Images: Mixing it up: Andy Thompson (third from left) was presented with the SLTN Mixologist of the Year Award late last year.