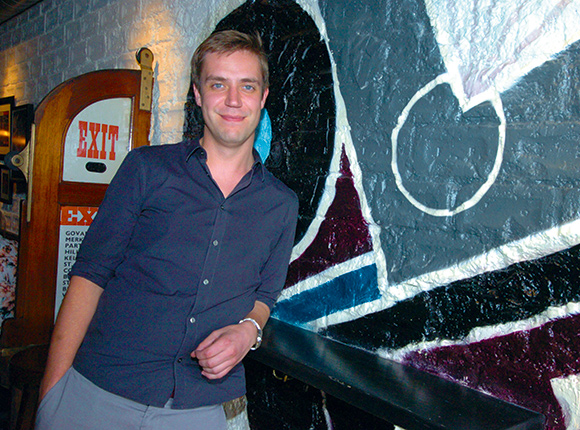 ASPIRING bands have a new platform to showcase their talents in Glasgow.

Long-standing city operators the McLean family saw an opportunity to highlight emerging musical talent when they acquired the lease of the former Liquid Ship on Great Western Road in late 2010.
The venue, which now trades as The Roxy 171, already had a reputation for live music when the McLeans took it on.
However, by switching the emphasis to grassroots talent, the family established a strategy which not only benefits fledgling musicians but has given The Roxy an identity all of its own.
“We don’t want to be ‘that place that used to be The Liquid Ship’,” explained general manager Jamie McLean, whose father, Hamish, has run pubs in Glasgow for more than 20 years.
“We want to be The Roxy, in our own right.
“They were doing live music in Liquid Ship but we wanted to grow that idea and make it a bit more user-friendly for the musicians and the artists and the bands.

The decision to focus on live music influenced the revamp.

“Our focus is generally on the local unsigned bands, albeit we do get the smaller signed touring bands coming through.”
Key to establishing The Roxy’s reputation has been a move away from working solely with promoters to booking more of the acts in-house.
“We’ve been working with different promoters and we’ve just not quite got to where I’ve wanted to get to with it, so we’re reining it all back in and just doing it all ourselves,” Jamie explained.
“I just want to get a name as a really good venue for breakthrough artists, a place that people can come to safe in the knowledge that the people playing will be future stars, hopefully, but also will be of good quality.
“There’s an awful lot of acts out there and an awful lot that have maybe got stagnant and are just doing the rounds on the scene and aren’t really adding anything.
“But we’ve had lot of great young bands come through the doors who are really passionate and into it.”
Gigs take place at The Roxy 171 every Thursday and Friday night, and most Saturdays, with an open mic night every Wednesday, which is hosted by different unsigned bands.
The acts themselves run the gamut from acoustic rock to six-piece funk bands, with the bar’s clientele changing depending on which act is performing.
The decision to focus on food and live music had some bearing on the revamp the McLeans undertook six months after acquiring the lease.
New tables were installed in the ground floor area to accommodate diners and, downstairs, a more prominent performance space for live music was created.
Entry is either free of charge, or priced between £4-£5, and an alliance with Tennent’s, which supplies the bar’s house lager, offers customers a free pint if they book their tickets in advance through The Roxy’s website.
Aside from the focus on live music, the McLeans have also altered the food side of the business.
The menu includes a range of snacks and sandwiches, as well as dishes like grilled lamb kofta, meatball and mozzarella gratin and butternut squash and aubergine burger.
There are also £5 lunch and ‘pint and nachos’ menus, as well as a £20 value deal that’s available across the McLean stable (The Roxy 171, Lock 27 in Anniesland and Rab Ha’s in the Merchant City), which offers customers two main courses and a bottle of wine for £20.
“I think people are just looking for good value at the moment,” Jamie added.
“Costs are constantly soaring from suppliers and there’s nothing they can do about it, nothing we can do about it, so it’s just about being savvy and trying not to pass on too many hikes to the customers.” 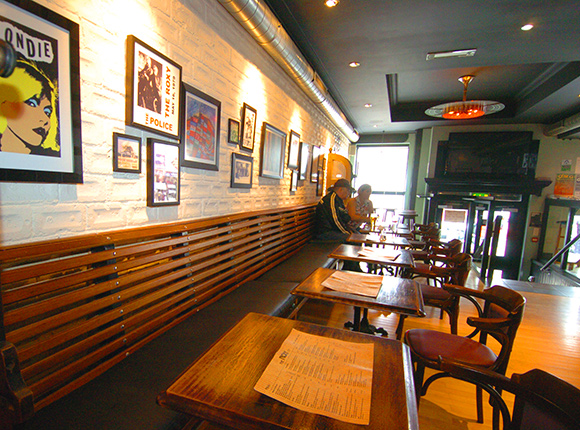