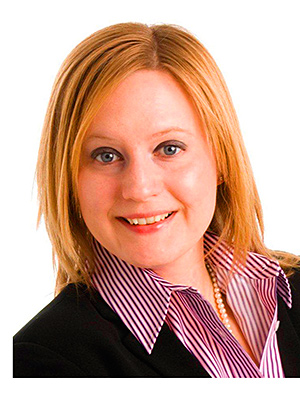 MAY 14 2012 was a big day for us Scots – it was the date health secretary Nicola Sturgeon confirmed the minimum price per unit of alcohol (MPU) in Scotland would be 50p.

We can now see the future in the Alcohol (Minimum Pricing) Bill, which jumped its final parliamentary hurdle on May 24, two years after the minimum pricing part of the Alcohol Etc (Scotland) Bill was defeated.
I think all but the most libertarian would agree that, as a nation, we have a problem with alcohol. That said, alcohol-related deaths have been on the decline since 2006, if figures from the General Register Office are analysed, and, statistically, we are spending less per household on beer, wine and spirits.
The infamous statistics that echo in the halls of Holyrood come from the Scottish Government-commissioned report by Sheffield University’s Alcohol Research Group.
The report is now about three years old and predicted that at a cost of 50p per unit, we should be looking at 60 fewer deaths, 1600 fewer hospital admissions and a total harm reduction worth £64m to the country in the first year of a minimum price.
The report concluded that young, binge and harmful drinkers tend to choose cheaper drinks and, therefore, the higher the price, the lower the consumption.
And so we have the ‘why’ (kind of, maybe), now we need the ‘how’.
From April 2013, those with a premises licence will have a new mandatory condition attached to the effect that: “alcohol must not be sold on the premises at a price below its minimum price”.
The health secretary said the 50p per unit price will remain “for at least two years following implementation” but her intention is then for the price to be reviewed biennially to ensure it remains “proportionate” – note that word.
Premises that do not require a premises licence, such as wholesalers which only sell to the trade, airside pubs, ferries, trains and MOD premises, will not be caught by the condition.
The first stage of enforcing minimum pricing falls to licensing standards officers (LSOs), who will have the delight of working with the MPU x S x V x 100 equation, where MPU is the minimum price per unit, S is the strength of the alcohol and V is the volume of the alcohol in litres. If an LSO finds an ill-priced bottle of fizz, he or she can seek a review of the premises licence – but only after the licence holder has been served with a notice and failed to take action to the satisfaction of the LSO.
Time will tell if LSOs will operate a ‘three notices and you’re out’ policy.
But if a review is requested, the licensing board can give a written warning, suspend, vary or revoke the premises licence if they tie the breach of the mandatory condition (selling alcohol below the minimum price) to one of the five licensing objectives – in this case, presumably, protecting and improving public health.
Several issues spring immediately to mind when we drill down on the effect of minimum pricing.
The first is, what about our neighbours?
England and Wales are considering a 40p MPU. With the rise of internet sales, will distribution centres serving Scotland be located just south of the border?
Secondly, will the increased price of some alcohol simply push people to buy higher-strength brands as the difference in price becomes pence? ‘Cooking’ lager at 2% ABV and currently 23p a can nearly doubles in price to 40p – will consumers simply opt for the higher-strength product now it’s only slightly more expensive?
The third point is the potential impact on drinking habits.
The increase in price will not stop the young, binge and harmful drinkers. They will prioritise the alcohol purchase above all else and, therefore, spend less on other basics of life. Will crime in fact increase as a result of the minimum price?
Finally, what about the huge amount of extra cash that this is going to generate for retailers? I have seen quotes of an extra £125 million annually being generated as a result of MPU.
Of course, the legality of MPU continues to be a fairly large sticking point for the Scottish Government and is a hugely complex subject.
Compatibility of the proposal with EC law is ultimately a matter for the Court of Justice of the European Union, unless a national court steps in with a final decision.
In my view, the Scottish Government will have to show that, in coming to the decision to set the MPU, they considered all the evidence in relation to alcohol in Scotland, concluded there was no better and less disruptive measure to use in relation to trade, and that having a MPU is appropriate and proportionate in relation to the protection of health and life of humans.
My view is that MPU will not address the social ills created by a society which uses alcohol the way we do. Indeed, it may have a completely adverse effect than the one keenly anticipated by ministers.
I reckon Scottish ministers will have an uphill struggle convincing any court that all evidence was competently gathered, that the effects of a MPU in Scotland have been analysed and that setting one is indeed an appropriate and proportionate measure.
Meantime, I will go and invest in shares in the supermarkets.
• Caroline Loudon is head of licensing and gambling at law firm Lindsays.