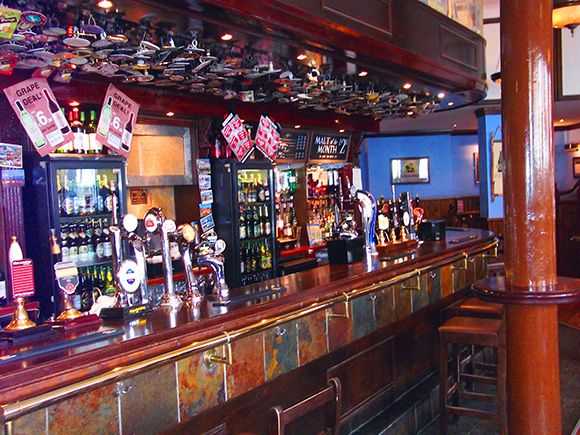 CIDERS from Wales and Somerset were showcased during a recent cider festival at Glasgow cask ale bar The Three Judges.

The Partick pub, which stages several cider festivals throughout the year, during which three or four of its pumps are given over to craft ciders, chose guest ciders from Welsh cider makers Gwynt y Ddraig and Thatchers Cider Company, based in the Somerset village of Sandford, for the event last month.
Guest ciders at the bar, which was highly commended in SLTN’s Cider Bar of the Year category in 2011 and won the award the previous year, are sourced from specialist cask supplier Flying Firkin.

The event went really well and all the ciders and perries sold out over the three days.

Ronnie Anderson, assistant manager at the Maclay Inns-owned pub, told SLTN the cider festivals are designed to let consumers try more unusual ciders.
“We had a pyder [from Gwynt y Ddraig], which was interesting,” he said.
“It’s a traditional mix of pears and apples. Not like these Swedish ciders. It is a traditional half cider and half perry.”
Ronnie said the event “went well, as usual”, with all the ciders and perries selling out over the three days.
And he said the festival, which was promoted in several Glasgow publications as well as through posters and flyers in the pub itself, had attracted a broad clientele.
“Nowadays things are [put on] Twitter and Facebook, which is also advertising, so we get people through that as well,” said Ronnie.

The popularity of modern cider brands is helping attract new consumers to the craft end of the category.

“But we do have regular customers for the cider because we always have a real cider on.”
He reckons the popularity of modern cider brands is also helping to attract new drinkers to the craft end of the category, as consumers seek out new brands and flavours.
But Ronnie said he is concerned about the future of the craft cider industry, claiming the current rates of duty could impact on the sector.
“The higher rate of duty is probably going to work against cider, because most [craft] ciders are stronger than beers,” he added.
“6%-8% [ABV] is the range of the strength of ciders, so this progressive duty is going to upset some of the producers.
“The government is aiming at problem ciders but they are catching these genuine cider makers who have been doing it for generations because of the strength of [their products].
“That’s not the stuff that binge or underage drinkers drink. It is going to have an adverse effect.”
The Three Judges is set to host its next cider festival in September. 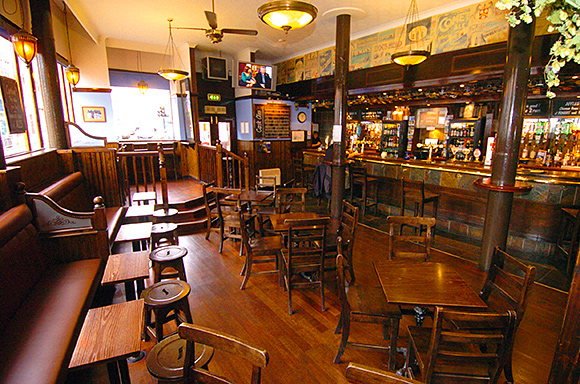 Images: (Top) Around three or four of the handpumps on the bar are given over to craft ciders during each festival. The Three Judges (Above) promotes craft products during the several cider festivals it stages each year.