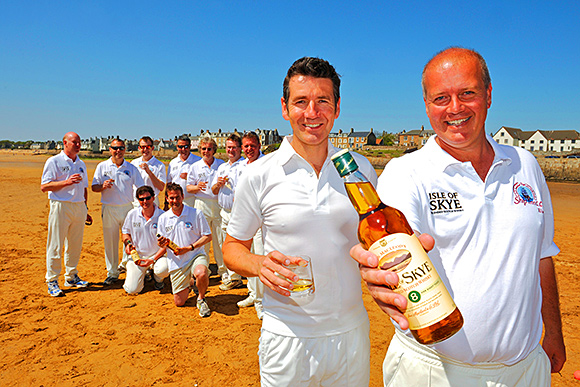 THE summer cricket season got underway in Elie in late May when the Isle of Skye whisky was unveiled as sponsor of The Ship Inn’s cricket team.

Backed by the blended Scotch, the Ship Inn team defeated the Grange Club from Edinburgh on the beach on Sunday May 27. BBC Scotland presenter Dougie Vipond was made an honorary member of the team as he filmed a feature for country show Landward. Vipond (left) is pictured with Ship Inn co-owner and team captain Richard Philip.