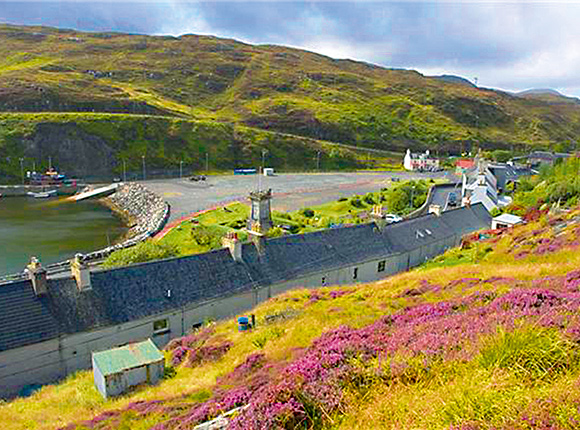 A PART of the Western Isles best known for tweed could soon be producing malt whisky.

Isle of Harris Distillers, currently based in Edinburgh, has unveiled plans to build a distillery on a site in the village of Tarbert.
The company, which was founded by musicologist Anderson Bakewell, whose links to Harris go back more than 40 years, claims to have raised around a third of the £10 million required for the project. It aims to start construction on the site early next year, with the distillery expected to be up and running in the second half of 2014.
Simon Erlanger, managing director of the new distillery, who has previously worked for Glenmorangie and Diageo, said Harris is well-suited to whisky production because of its “ideal climate for maturation, availability of peat and pure water from exclusive lochs”.
“Additionally, Harris has a fragile economy in need of regeneration, so this will create 20 direct jobs and boost tourism,” he said.
Erlanger is one of several senior appointments confirmed for the distillery.
Former Whyte & Mackay financial officer Ron MacEachran has been named director and Alison Mackinnon, who has worked with Diageo in a malting role, has been appointed general manager of the new distillery. Stuart Nickerson, MD of Glenglassaugh distillery, will work with the new distillery as an advisor. A distiller will be recruited once construction has begun.
Erlanger said the distillery will produce around two casks of spirit per day and the whisky will be distilled, matured and bottled on site.
“Making whisky on Harris will not be inexpensive and we intend to make a malt of highest quality,” he added.
“Harris is known for its tweed, a hand-crafted product of the highest quality and, therefore, premium. You can imagine that our whisky will be positioned in a similar way.”