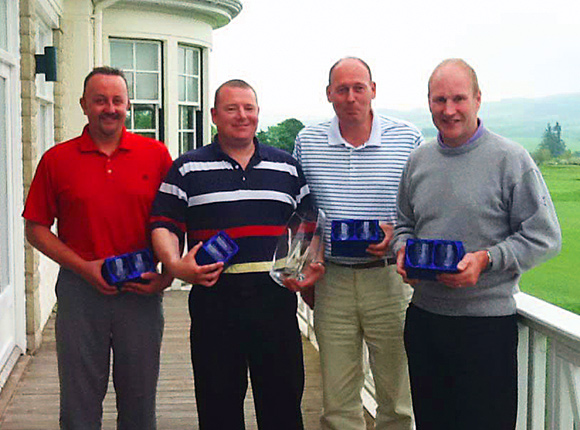 THE Ben paid tribute to late director Gordon Millar recently when it staged an inaugural golf event in his name at Gleneagles.

The charity raised £10,000 at the Gordon Millar Memorial on May 29, which will go towards maintaining the 18 bungalows it uses to accommodate beneficiaries in Pitlochry.
Eighteen teams competed in the shotgun start on the day, with the fourball of Colin Squair, John Howie, William Spark and Dougie Wylie.
The event was made possible thanks to a bequest from Gordon’s widow Sandra.