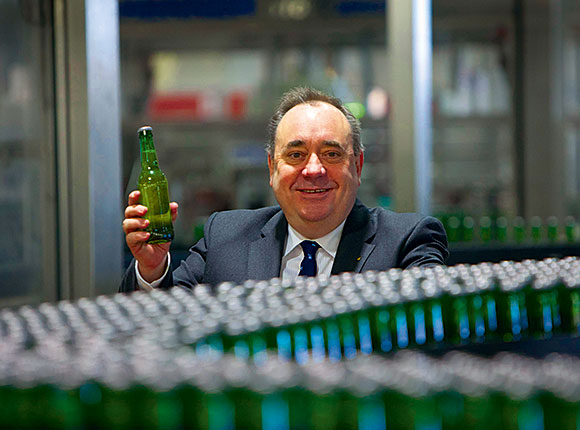 THE volume of Tennent’s sold in the Scottish off-trade has continued to slide as brand owner C&C Group pursues a value strategy on the brand.

But while volumes dropped 16% in shops and supermarkets, Tennent’s ‘outperformed’ the beer category in the on-trade – the number of pints sold fell 2% compared to an 8% drop over the total on-trade beer market.
The figures were contained in Dublin-based C&C’s results for the year ended February 29. Overall, C&C said it delivered a “robust” performance amid “challenging” economic conditions. Net revenues for the group were down 4.7% in the year, while operating profit climbed 9% to 111 million.
Group volumes were down 10.5%, with the decline of 8.8% on Tennent’s offset by a 5.3% increase by Magners.
“While we remain cautious about the near-term prospects of our core markets, the continuing global growth of the cider category, and C&C’s unique position within the sector, underscore our belief in the prospects of our business,” said chief executive Stephen Glancey.