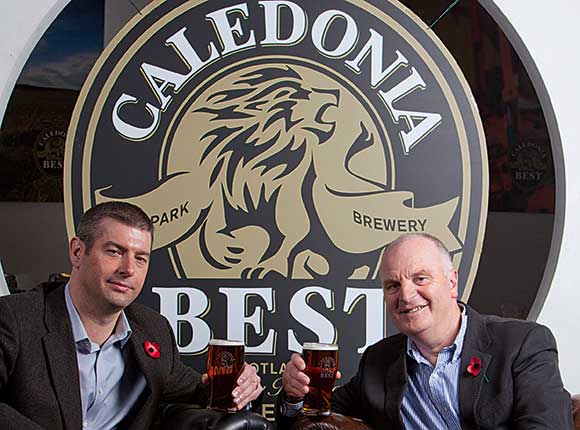 MUCH has been made of the progress of cask ale in recent years, but how are traditional keg ales performing in the Scottish on-trade?
It’s certainly a category that’s seeing its fair share of activity.
Tennent Caledonian Breweries moved into the market six months ago with the launch of Caledonia Best, Belhaven Best continues to be a stalwart of the Scottish bar scene, and there’s been fresh impetus behind the McEwan’s brand since its acquisition by Wells & Young’s last year.
For Belhaven brewing and brands boss Euan Venters, the launch of new products and fresh marketing activity is good news for the category – even when a new brand goes head to head with your own, as Tennent’s did when it launched Caledonia Best. 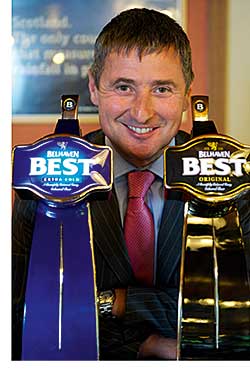 “To be perfectly honest, I think if you’re a confident brand leader you respect competition, but you do what’s best for your brand knowing you’re the brand leader,” he told SLTN.
“Another brand coming onto the market is something you think about, but it didn’t divert us from what we’re doing for Belhaven Best.
“Our share of the Scottish keg ale market has gone up from 51% to 55%, so we’re doing really well.”
An equally positive picture of the ale market is painted by Tennent Caledonian Breweries, which introduced Caledonia Best last October.
“Our launch of Caledonian Best last year has been very positively received and the response from trade and consumers has exceeded our expectations,” said sales managing director John Gilligan.
“It’s proof, I think, that the ale category is vibrant and performing really well across Scotland.
“We knew that drinkers were looking for more choice and quality at the bar, local Scottish ingredients and great taste; and after our first six months in trade that has definitely been shown to be the case.”
Keg ale makers are equally optimistic that the rise of cask and craft beer hasn’t harmed their own prospects, with Venters claiming that keg tends to appeal to “older, more loyal” drinkers.
“Cask is small in Scotland, but growing, and most of the cask ale growth comes from lager,” he said.
“You might say that’s a bit odd but it actually makes sense because there’s a lot more golden cask ales and some are targeted much more at a younger audience. So what’s happening is that crafted cask ale, including our own, is doing well among younger people and the share’s coming from lager.”
Gilligan agrees that a growing number of younger consumers are adding ale to their repertoire.
“There’s a strong core of 50-plus [year old] Scottish ale drinkers but we’re also seeing a rise in younger consumers in their 20s and 30s who are trying and enjoying ale,” he said.
“There has also been an increase in cask ale drinkers, which has been reflected in the trade, with a 7% increase in cask ale stockists in the Scottish on-trade.”
And both brewers are confident there’s more growth to come from ale.
Caledonia Best is the focus of a new ad campaign, ‘only the Caledonia Best gets in’, which aims to highlight that the ale is made using 100% Scottish barley, and has launched a partnership with Scots golfer Sam Torrance.
And Belhaven Best will feature in a new ad campaign to be launched during the European Championships, which kicks off on June 8.
“I think the Euros are still a big opportunity because the pub’s still a great place to watch football,” added Venters. “In our Belhaven pubs we’re having kits that allow people to get the flags and choose a team to support.
“We’re making a bit of theatre so a pub can support a team and I think it will be a big opportunity.”