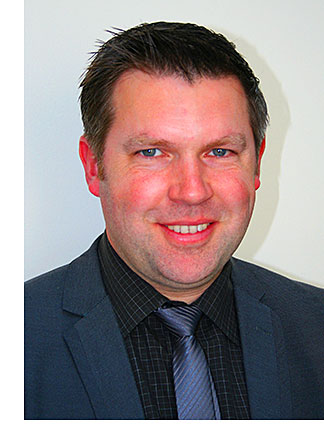 THERE has been a great deal of interest in members’ clubs lately from a variety of perspectives.

Clubs want to retain their special status. The mainstream trade wants to ensure clubs are not abusing that status.
From a licensing board’s perspective, the interest is in the regulatory gaps left by the Licensing (Scotland) Act 2005.
Boards want to ensure that licensed premises constitute a safe environment and that alcohol is sold by well-trained staff to be consumed responsibly.
The issue here seems to be one of a level playing field, between the mainstream licensed trade and clubs, rather than any issue directly affecting the welfare of the public.
However fairness is also a consideration.
There is no definition of what generally constitutes a club within the Act. The criteria for what constitutes a qualifying club are set out in the Licensing (Clubs) (Scotland) Regulations 2007. Qualifying clubs receive certain benefits and privileges (for example, exemption from the requirement for a premises manager and lower fees) however they are equally supposed to be bound by a minimum set of regulations set down in their constitution.
Paragraph 2(1)(a) of the clubs regulations states that a qualifying club is one which is not conducted for the purposes of making a profit. This is not very practical in application as many clubs need to operate a bar in order to be able to make money to exist but it is doubtful whether this constitutes profit making.
Another problem is that premises must be used wholly or mainly for the purposes of any club but it is unclear how clubs stand when letting out their facilities to other users within communities.
For boards the main difficulty is that the legislation does not provide any degree of control over clubs. The main complaint is that clubs acting commercially, by allowing entry to non-members, have an apparent unfair advantage over the mainstream licensed trade, the latter being more strictly regulated and not enjoying the same privileges and exemptions.
Constitutions of qualifying clubs have to contain a set of specific rules, such as about members and guests, but licensing boards have no actual power to demand the constitution, and clubs can change it without notifying the board.
Neither does the constitution form part of the licence or its conditions, so breaching the constitution does not breach the licence.
This makes enforcement very difficult.
There is currently no sanction for clubs acting in a way which would be deemed as being commercial and there are no grounds (related to the licensing objectives) upon which to call for a review of the premises licence.
This means there are no means for licensing boards to attach further licensing conditions to exert a degree of control.
One solution would be to incorporate the constitutions, or at least the mandatory clubs provisions, into the licences so that breaching the constitution would mean a breach of the licence.
However, to do so would require intervention from the Scottish Government. Fortunately that may be forthcoming as the matter is now being reviewed nationally.
In the meantime, clubs which wish to act commercially are encouraged to apply for occasional licences. This could be considered to be just an exercise in legitimising commercial activity but it is at least within the law.
They could also consider converting to a fully commercial basis, thereby losing all of their licensing exemptions. This would not actually cost them much to do and they could still choose to cater for members and/or the public as they wish. This is also being encouraged in some licensing board areas but it is not clear what the full effects will be, particularly for overprovision.
Clubs that convert will need to be mindful of things like increased fees, the need for a premises manager and possible implications for tax, rates and other regulations like planning.
• Sean Hoath is a senior solicitor in the litigation and licensing section at Moray Council.