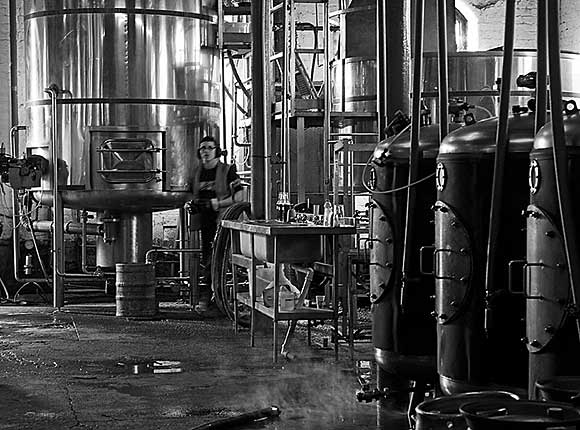 THE recent explosion in the craft beer scene has been good news for Scotland’s microbrewers.
Long-established faces on the scene have been joined by newcomers in the last couple of years as the market has continued to expand.
And brewers have told SLTN that there is still plenty more room for growth.
Gerald Michaluk, managing director of Arran Brewery, said that part of the success has been due to the category’s expansion outside of the traditional ‘cask ale’ label.
“I think the fact that we’re using the term craft beer instead of real ale has changed the market immensely,” said Michaluk. “What we’re all wanting is flavour in our beer and that comes from the craft sector.”
While cask ale continues to prove popular in Scotland, the growth of ‘craft in keg’ and bottled formats has helped to make craft more accessible to retailers and consumers alike.
In fact Richard McLelland, director of sales at Williams Brothers, reckons these formats will account for the majority of growth as the category moves forward.
“Significant and sustainable growth for breweries won’t come from the cask market in my opinion,” McLelland said. “That is not to say that it is not an important and valuable part of both our business and the on-trade in general, but rather that we all have to overcome this division between cask and keg.
“Brewers brew beer and they should serve that beer in the best format they can and to the widest audience they can. We only launched our keg version of Joker IPA last year and we already out sell the cask version by 10:1.”
Yet while packaged and keg formats are bringing craft beer to a wider audience, cask continues to provide a unique selling point for many pubs.
Brothers Stephen and Allan Crossland bought the Benleva Hotel in Drumnadrochit just over ten years ago, with the aim of establishing a reputation for real ale.
The hotel now sports six beer and two cider pumps, and last year the brothers opened the Loch Ness Brewery on the premises. The brewery’s beers are already stocked in a number of pubs throughout the area (as well as having appeared in the Strangers’ Bar in the House of Commons) and this year the brewery will move into new premises and up its production capacity.
“When we started here we were told when we put on our first real ale pump that ‘there’s no point in selling that. No one round here drinks it’,” recalled Stephen.
“My answer was that they had never had the chance, and sure enough they did start drinking it. There’s other villages not far from here, even bigger than Drumnadrochit is, and yet there’s nowhere selling real ale at all.
“I’m not entirely sure why that is, but I do think that nowadays if a pub hasn’t got at least one cask ale then they’re missing a trick, because it’s the only drink you cannot get at home.
“To my mind a bottled beer will never taste as good as a proper, hand-pulled pint of ale, whereas all the other stuff you can buy cheaper in the supermarket than you can in the pub and it’s essentially the same product. That’s not the case with real ale.”
Jo Stewart, sales and marketing director at Stewart Brewing, agreed.
“It really does add to the offer of an outlet,” said Stewart. “To me if a pub has great cask beer in great condition it speaks volumes about the overall quality and management of that establishment.”
But which format is best for a pub looking to make its first foray into craft beer?
McLelland said that traditional cask ale should only be considered if the pub is prepared to train its staff.
“A good operator should take all three (formats) into consideration but not every outlet should necessarily be offering cask as it requires specialist cellar attention and training,” he said. “It should be done correctly or not at all.”
Michaluk has a different opinion, however. “It all comes back to demand,” he said. “ If that’s what your customer wants that’s what you have to learn how to deliver.
“If you’ve got the means of keeping the beer at 12 degrees, then there should be no problem with keeping a cask ale. The sizes are a lot smaller now. You can buy 20 litres, 10, and even down to five litres, so there’s no reason you shouldn’t have the right sized container for the demand you have.”
He also pointed out that free training in the management of cask beer is available from sources like the Tennent’s Training Academy.
As for promoting craft beer further in the trade, Michaluk said holding events like “mini beer festivals”, brewers’ evenings or ‘battle of the brewers’ contests, where regular customers are asked to vote for their favourite beer, can help boost awareness.
Food matching can also be a good way of encouraging people to try new different things, according to John Henderson, managing director of Scottish Borders Brewery.
Henderson said the rise in craft beer’s popularity has been “closely tied” to the growing awareness of issues such as provenance.
“People are becoming far more aware of how products are made, where they come from and what goes into them, and quality cask ale is a natural choice when compared to mass-produced alternatives,” said Henderson.
“Quality beer and quality food are natural bedfellows, and it does appear to be food-driven venues that are delivering the best offerings at the moment.
“Cask is an obvious fit for that sort of establishment, although some new operators do seem to be successfully reviving the community wet-led pub with an attractive mix of quality beer too.”