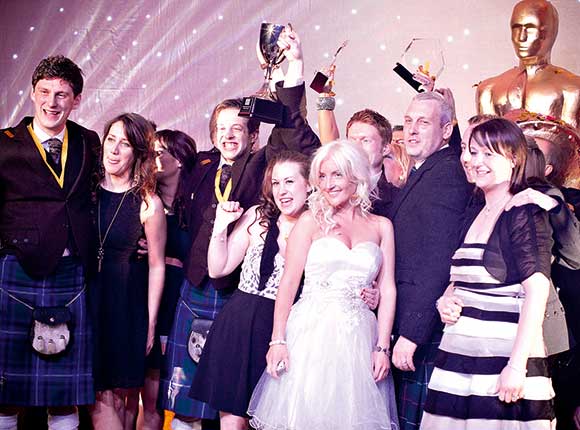 EDINBURGH’S The Chester Residence has been named the top hotel in Scotland at this year’s Scottish Hotel Awards – the first time an ‘aparthotel’ has won the gong.

The Rothesay Place business, which combines 23 serviced apartments with central hotel services, beat hotels across Scotland, including the Sheraton Grand in Edinburgh, Malmaison in Aberdeen and Grand Central in Glasgow, to take the Scottish Hotel of the Year title.
The Grand Central did enjoy success in other categories, however, scooping the Scottish Hotel Team of the Year trophy as well as the Hotel Manager of the Year title for general manager Laurie Nicol.
Aurora Hotels boss Steven McLeod was named Hotelier of the Year, while Norbert Lieder, head of Inverlochy Castle Management International, was awarded The Fellowship.
Alt na Craig House in Oban received the Scottish Guest House of the Year award, while Apex Hotels was named Scottish Hotel Group of the Year.
A host of other awards were presented across ten different categories at the event, which is now in its ninth year.
Gary McLean Quin, chairman of the judging panel, said the awards have a “unique approach”.
“Each single hotel, guest house and serviced apartment provider is looked at individually and in depth in order that our team can encourage, motivate and reward excellence,” he said.
“Hotels are, in turn, also carefully and expertly compared on a national level to create a specific, accurate guide for guests.”