Edinburgh venue Cabaret Voltaire relaunched last week, with live music and entertainment still at the forefront of its operations.

The sound system in the Blair Street venue was “beefed up” during the refurbishment by owner G1 Group, which also saw a new ground floor bar installed and sight-lines for the stage improved.
Long-standing collaborator Surface ID worked on the project which saw the building “pared back to the brick” and rebuilt with a design influenced by “vintage dance clubs and forgotten curiosity shops”.
Cabaret Voltaire was due to relaunch as this section of SLTN went to press with performances by iAM, dub crew Chungo-Bungo and Beta & Kappa’s weekly electronica/bass party.
Friday nights kick off at 4pm in the ground floor bar with Domino Club and Yogi Haughton playing rare funk, soul and disco, while Saturday nights’ Pocket Aces will feature rotating resident DJs with an “anything good goes” policy focusing on disco, synth, ‘80s electro, funk, afro beat and house. 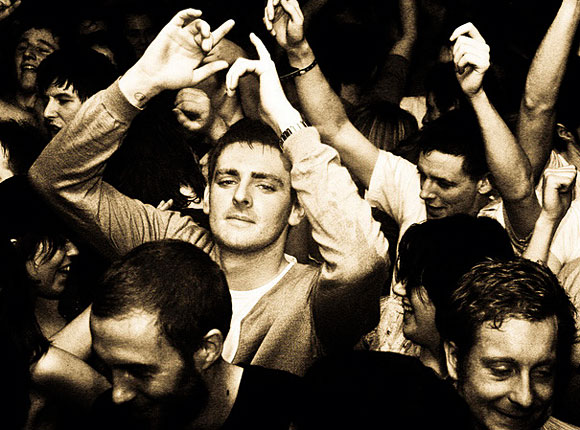 On Monday, Night Kids will offer three rooms of ‘cutting edge’ electronic music, while Hector’s House on Tuesdays will feature some of the most respected DJs in the capital.
G1 said live music is the central element of the revamped venue with a focus on supporting local, up-and-coming talent; the venue will also host vintage fairs and pop-up shops.
“The club is still a rough-around-the-edges subterranean delight,” said the firm in a statement.
“It’s restrained design; new, but definitely not shiny.
“Most of all, it’s fun and doesn’t take itself too seriously.”