MACLAY Inns is taking steps to ensure its venues are front of mind for consumers looking for big game destinations during Euro 2012.

Taking “learnings” from the 2010 World Cup on board, Maclay pubs with TVs will each have a mix of centrally-planned and outlet-specific activity in evidence in the build up to and over the course of the tournament. 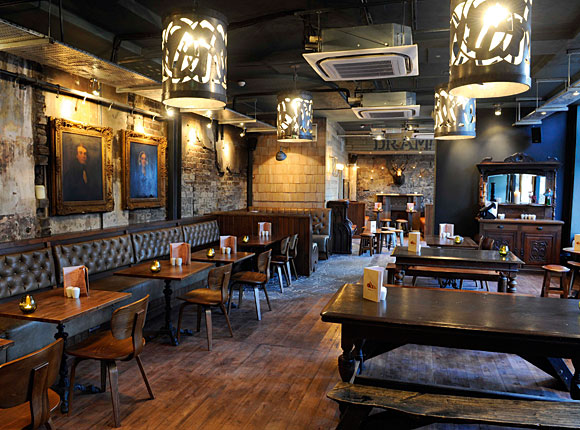 Championship-themed point of sale, including bunting, flags, balloons and exterior banners will be utilised, as will daily match posters (in the form of a pad that allows posters to be ripped off to reveal the next big game) and a fixture guide.
On food and drink, marketing manager Lynn Lovelock confirmed a bottled beer deal was being planned for the duration of the tournament, alongside a beer snacks mini menu.
The aim is to encourage viewers to dwell longer a little after the game and take advantage of some good value food as well as drink in outlet.
In other, bespoke activity pubs will be picking a team to support, matching food and drink to countries taking part, promoting pre-match food bookings and tempting consumers to ‘book a booth’ and/or the ‘best seat in the house’.
“The main learning from last time [World Cup 2010] was to plan ahead and pre-promote, which we felt allowed customers to plan ahead an extra visit to the pub to watch a midweek match, for example, that they may not have done had we not pre-promoted [them],” Lynn said.