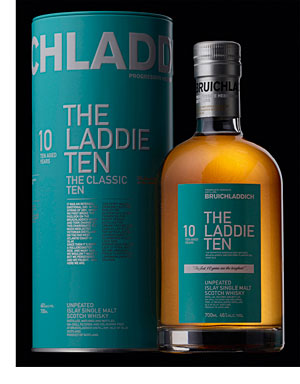 BRUICHLADDICH, the independently-owned Islay single malt distillery, has reported a significant rise in turnover and profits during 2011.

The distillery said its operating profit for the year rose by 19.6% to £1.44m, while turnover increased by 24.1% to £8.73m. Earnings before interest, depreciation, tax and goodwill rose by 16.3% to £1.66m.
The distillery attributed part of its success last year to the launch of small batch gin The Botanist in late 2010, and the 2011 launch of the Laddie 10, Bruichladdich’s first ten year-old bottling since reopening in 2001.
Bruichladdich was closed in 1994 and bought in 2000 by a consortium of investors led by managing director Mark Reynier.
New bottlings planned for this year include Octomore 10 year old, claimed to be the world’s most peated whisky, and Bruichladdich Bere.