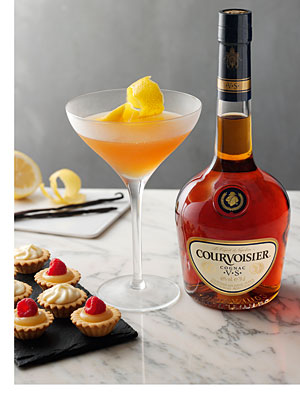 COURVOISIER is the focus of a new summer marketing campaign aimed at highlighting the mixability of the Cognac.
Part of a long-running campaign by distributor Maxxium UK to promote the spirit as a base for mixed drinks, Courvoisier Cocktails on a Grand Scale aims to “challenge the conventions of Cognac drinking”.
The campaign features four signature Courvoisier serves (Punch, Rendezvous, Cooler and Tonic Tincture) and a national competition will give people the chance to win trips to exotic locations around the world. There they will collect unusual ingredients which will all be taken to the home of Courvoisier in Jarnac for the creation of the “grandest cocktail”.
Point of sale kits will be distributed to pubs and bars to promote the competition and the Courvoisier serves, while a social media campaign will drive online participation.
Bartenders will also be encouraged to create their own interpretation of Cocktails on a Grand Scale at Courvoisier’s competition at Imbibe Live at London’s Olympia on July 3 and 4.
Chris Anderson, Maxxium UK’s marketing controller for Courvoisier, said the activity takes the brand’s commitment to growing the Cognac category to the “next level”.
“Over recent years we have been very successful in our single-minded focus to revolutionise Cognac via mixability and have built a reputation over that time for doing things on a grand scale,” said Chris.
“This concept is fast becoming part of Courvoisier’s DNA and to build further momentum and inspire more consumers to try Courvoisier we are now bringing this to life with Courvoisier Cocktails on a Grand Scale.”