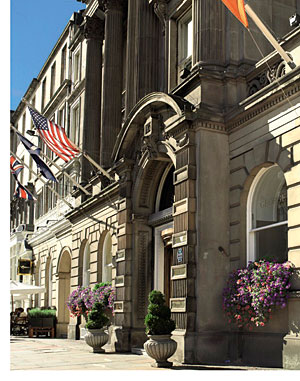 EDINBURGH’S George Hotel has scooped a top customer service award for the 13th time in a row.

The 249-bedroom hotel, which is part of the Principal Hayley group, achieved the Gold Award for the first quarter of 2012 at the BDRC Continental’s Venue Verdict Awards, which honours venues that deliver “consistently exceptional customer service” based on customer feedback.
George Hotel general manager David Welch said the hotel has achieved gold accreditation for the past 13 consecutive quarters.
“It is fantastic that the George Hotel has once again been recognised at the Venue Verdict Awards,” he said.
“Everyone in the hotel has done a fantastic job on an on-going basis. The hotel is like a giant jigsaw – all parts matter.