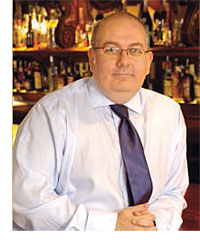 THE referendum on Scottish independence should be held earlier than its proposed 2014 date, according to the Scottish Beer and Pub Association (SBPA).

Responding to the Scottish Government consultation on the proposed referendum, the organisation said the poll should be brought forward in order to avoid uncertainty in the Scottish economy.
Chief executive Patrick Browne said the association has “a concern that not holding the referendum until autumn 2014 risks damage being done to the Scottish economy because of the uncertainty which could potentially be caused”.
The group has also responded to a consultation on identity cards, arguing that military ID should be considered an acceptable form of age identification in licensed premises.