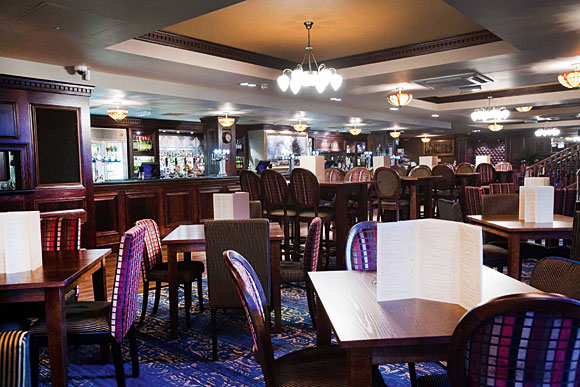 THE boss of pub giant JD Wetherspoon has reiterated his calls for the UK government to cut VAT for the hospitality industry, claiming his firm’s total tax bill for its current financial year will top half a billion pounds – up £50 million on the previous year.
Speaking as Wetherspoon posted a 2% increase in like-for-like sales in the 13 weeks to April 22, Tim Martin said the pub industry was hit with “considerable” additional taxes in March’s Budget.
As well as excise duty, which rose 2% above the rate of inflation in line with the duty escalator, Martin said extra taxes on fruit machines had increased Wetherspoon’s annual costs by £2m. A late-night levy introduced by the UK government down south will cost a further £2m a year, the pubco said.
“The total tax bill for Wetherspoon in the current financial year, including VAT, excise duty, corporation and other taxes, will be approximately half a billion pounds, about a £50m increase with the previous financial year,” the firm said in a statement.
“We have also created approximately 3000 jobs in the same period, but all of the economic benefits of our expansion are currently being levied by the government as taxes – an unsustainable situation.
“The current tax system, whereby pubs pay 20% VAT on food sales while supermarkets pay virtually nothing, is bad for jobs and taxes.”
Wetherspoon’s third quarter trading update showed an 8.4% rise in total sales for the 13 weeks to April 22. Total sales were also up 8.4% in its financial year to date (the 39 weeks to April 22), while like-for-like sales climbed 2% in the 39 weeks.