THE only Scottish hotel in the collapsed Von Essen Hotels group has been bought by hoteliers from down south.

Robert and Gina Parker, who own Doxford Hall Hotel & Spa in Northumberland and Tedsmore Hall Estate in Shropshire, bought Dalhousie Castle near Edinburgh for an undisclosed sum in a deal brokered by Christie & Co on behalf of the administrators.
The 13th century fortress, which is set in acres of wooded parkland on the banks of the River Esk near Edinburgh, was converted to a hotel in the 1970s and has 36 bedrooms, 29 located in the castle itself.
Ken Sims, director at Christie & Co, described Dalhousie Castle as an “impressive” hotel which is steeped in history.
“We are delighted to have sold this fine hotel to Robert and Gina Parker as we know them well with their existing portfolio – particularly given the investment that they have planned for this property,” he said. 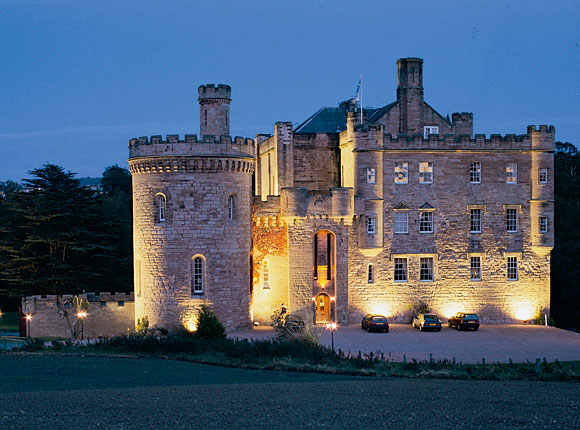