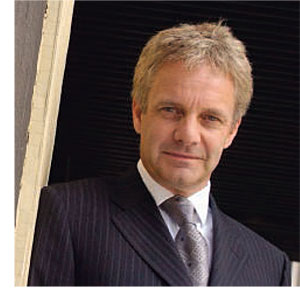 THE trade in Scotland is as united as it ever has been – despite two high-profile drinks businesses becoming embroiled in a public row last week.

SLTA boss Paul Waterson [pictured right] inists the good working relationships between drinks firms and trade groups in Scotland will not be undermined by the Brewdog-Diageo controversy.
Diageo was forced to apologise to Brewdog after it emerged the drinks giant had attempted to use its influence to block the Fraserburgh-based brewer from being named bar operator of the year at the BII Scotland awards on May 6.
Brewdog had accused awards sponsor Diageo of “dirty tricks…to derail young competitors they fear” and provoked a bitter backlash against the firm on Twitter.
Waterson said Diageo had acted improperly but refuted claims the row could lead to a split in the trade.
He told SLTN that drinks companies, including Diageo, work well on a host of initiatives to combat alcohol misuse. And he said that even where there is diasgreement steps are taken to minimise the effects on the trade, citing recent experience over the division of opinion caused by minimum pricing.
“A couple of things have happened to make the point more relevant than ever,” he said.
“Tennent’s has been very supportive of the trade since being taken over by a more local company, which gives us more opporunity to work together.
“I also think there’s been a realisation by a lot of companies that [their opposition to] minimum pricing has caused them to be criticised, because of the suggestion that they’re not supporting small businesses to a great extent.
“They are now trying to redress that.”