Operators are taking steps to turn the big games in Poland and the Ukraine into commercial success, finds Scott Wright

THE anticipation is building as London prepares to host the Olympic Games for the first time since 1948 in August. Before then, however, a sporting event that’s likely going to bring greater commercial benefit to the licensed trade will take place. 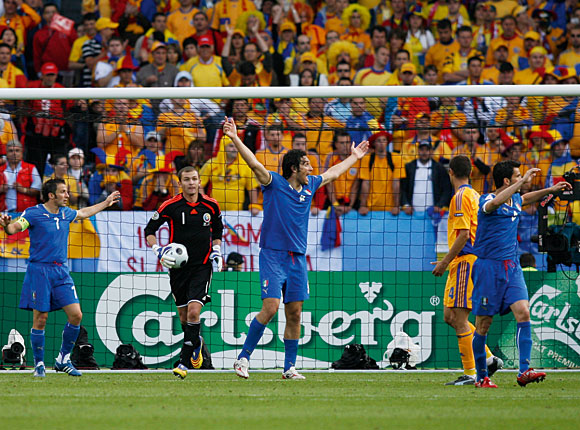 With so many pubs relying on live football to draw in the crowds, the presence of Euro 2012 – taking place in Poland and the Ukraine from June 8 to July 1 – on this summer’s sporting calendar is being embraced as a major opportunity to boost business by operators and suppliers.
And that’s despite the Scots again being conspicuous by their absence.
But in order to capitalise on the event operators need to do more than open the doors and switch on the TV set – especially as the games are being screened live on ITV and the BBC.
Paul Shevlane, who runs Wintersgills and Shevlanes Bar in Glasgow, said it’s all about creating a buzz around the big games.
“We need to promote it in order to get extra people in, because if it’s not [exclusively] on Sky then it’s harder to [bring people in],” Paul told SLTN.
“I’m getting a bit of support from Belhaven – we’re picking a country and going to follow it [throughout the tournament].
“We’re going to be following Spain so we’ll get some Spanish tops for the girls to wear and during the games we’ll give away free tapas or Spanish food.
“We’re also picking a couple of beers – there’s a new San Miguel bottle out – and they will be on offer during the month of the European Championships.
“Belhaven is going to send me Spanish flags and all that sort of stuff. Two years ago we did all the flags for the World Cup, which was pretty good.”
With the Euros among the select few sporting events that remain free to air, in other words still shown live on BBC and ITV, Shevlane admits it’s a harder to sell for pubs.
While Wintersgills is well-placed to make the most of football – it has a 60” screen and Old Firm games tend to attract his biggest crowds – he knows he’ll have to create a big-match atmosphere to tempt people in.

We cater for any visitor who wants to watch a game and get staff to side with them.

He uses Facebook and a website to highlight what’s going on at his pubs.
“Basically we’re trying to promote it as much as possible and hopefully get a few extra on the nights of the games,” he said.
“The kick-offs are at not bad times as well – 7pm and 8.45pm I think. Hopefully we’ll get a wee extra turn.
“We won’t be making fortunes from it – it definitely won’t be the turn you usually get from Celtic-Rangers games! You need to promote things to get people out these days.”
George Williams, who runs the SLTN award-winning Portcullis bar in Arbroath, is also hopeful the pub will get “a wee turn” from the Euros, if only from customers “supporting Germany” or anyone else England meet.
Beyond the crucial or hyped up matches, however, he doesn’t expect many big turnouts during the tournament.
“People will just get their carry outs,” he said. “They’ll come out for the atmosphere for the big games. Even since the Budget [it’s got tougher], which we saw in the paper with draught beer down so much.”
At the Ferry Inn in Stromness, Orkney, the challenge is not so much about tempting people through the doors during the tournament, but balancing the needs of football followers versus other customers.
A key priority for owners Karen and Gareth Crichton since they took over around a year ago has been to restore its family-friendly reputation. They recently secured a major variation of their premises licence allowing them to admit children throughout the downstairs part of the venue.
“[For Euro 2012] it means dads can take their sons in and watch a match with their kids being there,” said Karen.
“My husband does it himself – we’ve got a ten year old son who loves football. They go down and watch football in the pub, but we wouldn’t have him there at 11 o’clock on a Saturday night. It means that families who are on holiday from England can sit in the bar and watch games.
“We have to manage the ambience so that it is a family area. It fits in with what we’re trying to do, which is to make a welcome place for people of all ages.”
With so many people from different countries likely to be visiting Orkney during Euro 2012 – the event coincides with peak time for tourists – the Ferry will be doing its best to make followers of all participating nations welcome.
And that means flags and bunting will again bedeck the hotel come the big kick-off on June 8.
“When these events happen in the summer it’s really lovely,” Karen said.
“I’m not sure who is playing, but say it’s Norway we’d get Norwegians coming in and asking if were showing the match at night.
“We then make a point to play the game and ensure we have enough screens to show multiple games.
“We try to cater for any visitor who wants to watch a special game and get staff to side with them so they have supporters for their team, just to get a lovely atmosphere going. It just makes it special for them.
“There’s always the English rivalry but it’s always taken in good humour.
“A lot of people move to Orkney from all over Britain that support England, so we have to accommodate them as well.” 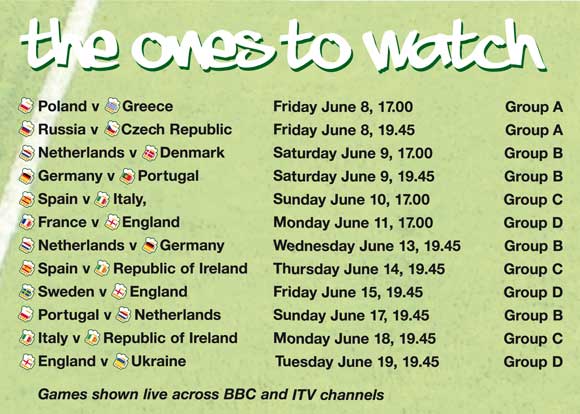