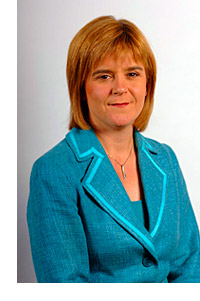 THE Scottish Government ended months of speculation this week when it finally named the minimum unit price it insists will be crucial in the battle against alcohol misuse.

Health minister Nicola Sturgeon revealed the government’s preferred price of 50p on a visit to Glasgow Royal Infirmary on Monday (May 14).

The move was hailed as a “brave step” by the SLTA, which said 50p was “fair and proportionate” and would “help combat the low cost sales of alcohol we see around us every day”.

But the Scotch Whisky Association again voiced its opposition to the principle of minimum pricing. “It will be ineffective in tackling alcohol misuse,” said boss Gavin Hewitt, adding that it’s “consistently been ruled to be illegal in Europe”.