Historic property on the market for first time in 12 years

A DORNOCH hotel on the books of agent Knight Frank is said to have attracted a high level of interest from potential international buyers.
Dating from 1480, when the original building was built as a palace for the Bishop of Sutherland, before being converted to a hotel in 1947, Dornoch Castle Hotel sits directly opposite Dornoch Cathedral and close to Royal Dornoch golf course.
Current owners Colin and Roselyn Thompson, who acquired the property in 2000, have refurbished and upgraded the hotel to complement original features like fireplaces and cornicing. There are 25 en suite letting rooms, a 90-cover restaurant overlooking the walled garden and a bar, which features exposed stone walls and is popular with locals and guests.

The hotel is directly opposite the cathedral and close to Royal Dornoch golf course.

Colin Thompson said he and Roselyn are selling up to focus on other family business interests. “We have considered a major extension development ourselves but realistically Roselyn and myself are so involved in other projects and have absolutely loved developing Dornoch Castle into exactly what it is today, that perhaps now is the time to move on,” he said.
Knight Frank partner David Reid, who is handling the sale, said the hotel is “trading very well with exceptional profits”. “Our asking price of £2.5 million for this charming hotel with huge amounts of historical interest is already attracting interest and I have received a few calls from America and London within only days of it going on the market,” he said. 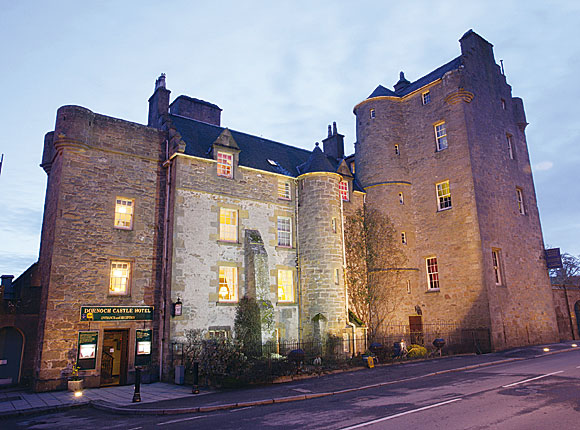