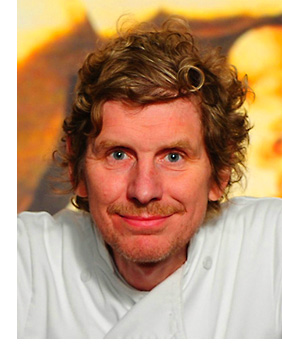 MICHELIN star chef Paul Kitching has been awarded the Prince Philip Medal in recognition of his outstanding professional achievements.

Kitching, who launched his 21212 restaurant with rooms in Edinburgh in May 2009, and received the coveted Michelin star eight months later, received his medal from the Princess Royal at Buckingham Palace at the annual City & Guilds Prince Philip Medal ceremony.
Paul described the award as an honour.
“It’s a real sign of how far I’ve come since starting out with my City & Guilds qualification over 25 years ago,” he said.