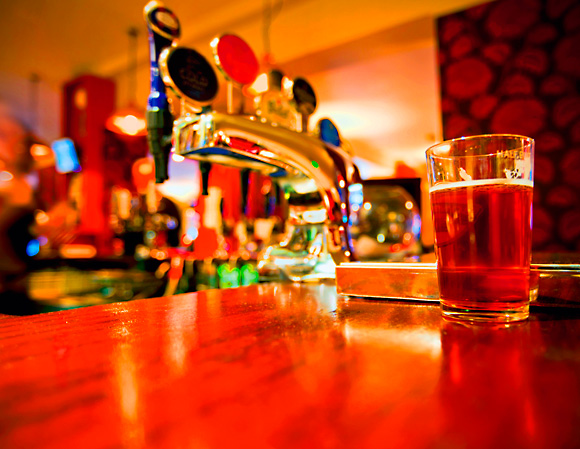 RISING beer duty has been blamed as the number of pints sold in Britain’s pubs slumped by 57 million from January to March compared to last year.

Publishing its latest Beer Barometer, the British Beer & Pub Association said the volume of beer sold in the on-trade in the first quarter of 2012 was down 6% on the previous year as pubs “bore the brunt” of “continued huge rises” in beer tax.
The BBPA said there was “some comfort” in the fact the decline in total beer sales was at its slowest rate for four years.
But while sales slid in pubs the volume of beer sold in off-sales and supermarkets was up 4.7% between January and March compared to last year.
On a total basis, the volume of beer sold across the on and off-trades was down 1.4% in the quarter on last year, the barometer found.
That compared to a 3.5% decline in the same quarter in 2011, a 4.6% drop the previous year, and a slide of 7.7% in the first quarter of 2009.
In the full year to March 2012, overall beer sales were said to have dropped 2.9%.
BBPA boss Brigid Simmonds said the figures highlight a “poor decision” by the UK government to increase beer duty by 5% (in line with the 2% above inflation duty escalator established by the previous government) in the last Budget. The latest increase means beer duty has risen 42% since March 2008, she said.
“These figures show the chancellor was totally wrong to raise beer tax again in his Budget, as this discredited policy continues to hit pubs hard,” Simmonds said.
“This key British industry could be an engine of growth for the economy – but poor tax policy is damaging our potential.
“The public are getting behind calls for a change in policy and signing the e-petition in their thousands.
“I hope people will continue to respond positively and back a tax freeze – and I hope the government will listen.”