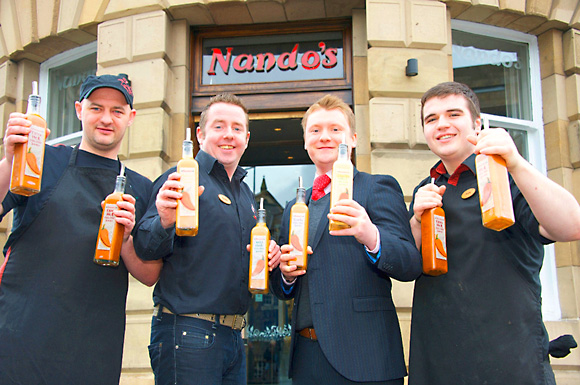 A newly-opened Nando’s restaurant in Edinburgh has helped 15 individuals re-enter the workplace through a partnership with government Work Programme provider Ingeus.

The new staff members, who were all previously unemployed, now occupy a number of positions within the restaurant, including cashier, griller and waiting staff.
Ingeus put forward 35 applicants to the restaurant ahead of its opening, having previously recommended a number of staff for another Nando’s restaurant in the capital.
Craig Purves, from the Ingeus’ Edinburgh office, headed the project.
“Ingeus took so much pressure off me in recruiting for the restaurant and Craig went out of his way to understand our needs,” said restaurant general manager Davie Greenan.
“They held an initial Nando’s recruitment day at the Ingeus offices in Edinburgh, set up all the interviews, and handled the back-to-work paperwork for the successful applicants, all free-of-charge.
“Nando’s believes in people enjoying their jobs and offering a different kind of place to work.
“Offering half our vacancies to Ingeus clients has given us a diverse mix of experiences and skills and some of my best staff have come via Ingeus.”
The Ingeus recruits included 32 year-old David Leitch, who is now working as a griller in the restaurant.
Leitch had been unemployed for three years after taking time off from a previous job to care for his ill son.
“It is easy to get typecast when you have been out of work for a while but through Ingeus Nando’s has given me a chance to prove myself,” he said.
Ingeus operates 13 offices across Scotland, in addition to bases in England, and is one of the official providers of the UK government’s Work Programme.