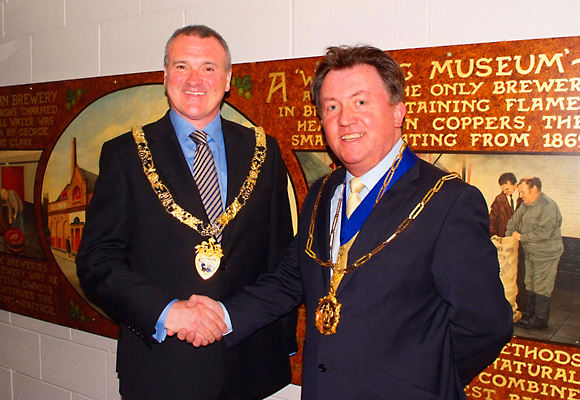 THE new president of The Ben has spoken of the “honour and privilege” in being handed the task of leading Scotland’s licensed trade charity.

Ken McGown, operations and sales director at Scottish & Newcastle Pub Company, succeeded Tennent Caledonian Breweries’ Gordon Bell as president at the Ben’s AGM last month.
Matthew Clark’s Des Gallagher was sworn in as vice-president.
“I’m looking forward to my year as president and consider it a great honour and privilege,” McGown said. “I appreciate the challenges The Ben is facing but I’m confident we have a good team in place to have a successful year.
“We’ll work hard to generate funds while taking care of our beneficiaries at the same time.”
The Ben’s 36th AGM took place at the Caley Brewery in Edinburgh on April 19.