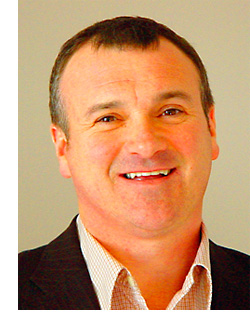 ONE of the country’s biggest pubcos is looking to the future with renewed confidence thanks to the stability brought by its parent group.

Heineken now owns the freeholds for the properties leased by the Scottish & Newcastle Pub Company after it swooped to buy 918 pubs from state-owned RBS shortly before Christmas.
The deal gave the Dutch brewer an overall portfolio of 1400 pubs across the UK (125 in Scotland), which are run under its S&NPC division.
And according to Ken McGown, operations and sales director at S&NPC, the resolution of the ownership issue has put the pubco in a stronger position.
“Heineken showed great confidence in our business and the Scottish pub market when it bought the estate,” he told SLTN. “And they’re not in it to make a quick turnaround – they’re in it for the long term. With the estate now wholly owned we have more control over our future and we have a clearer sight of what we want to do.
“It’s given a lot of security to our business and our long-term vision – now we have to show the wherewithal to make it work.”
Key changes have already been made since December, with S&PNC rationalising the role and territories of BDMs, revamping its recruitment processes and updating the support packages it offers leaseholders.
McGown said the company is arguably providing more support to tenants than ever before thanks to initiatives like Innside Track, which provides guidance on stock control, accounting and industry benchmarks, allowing operators to assess how their pub should be performing.
Coaching is also being offered to lessees to help them make the most of capital investments in their businesses.
The changes seem to be having a positive effect – McGown said applications for leases reached a five-year high in the first quarter of its current financial year.
“Irrespective of the hammering the pub business has taken, there is still demand for good businesses with good locations and multiple income streams,” he said. “We have a good estate so we’re in a strong position to attract new people.”