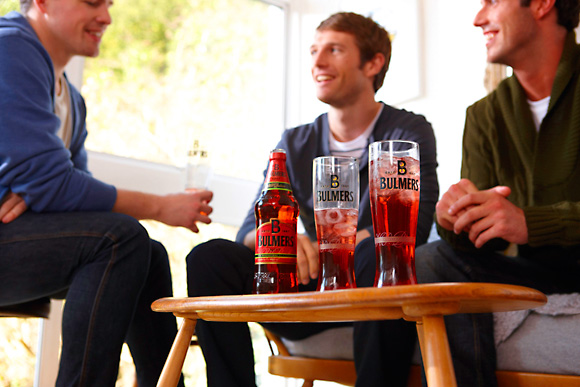 MUCH has been made of cider’s transition from quintessential summer drink to a product enjoyed across the seasons. But despite the category’s new year-round appeal, established in light of Magners’ early success and the impact of fruit flavoured ciders, it seems a little warmth still goes a long way.

Kopparberg, the Swedish cider range distributed by COS Brands, enjoys as much perennial appeal as any contemporary brand, though for managing director Davin Nugent summer is still hugely important.
“Let’s not kid ourselves, it’s still vital,” he said. “It’s vital for any alcohol business.
“[In the past] cider was massively focused on summer, but at Kopparberg we’ve been fortunate as we’ve benefited from very strong sales over the course of the 12-month period.
“We do of course have spikes in summer, but not to such a degree that makes it a lopsided year.
“I think that’s to do with our taste profile because we don’t offer a traditional dry tasting cider.
“It is sweeter and attracts a wider audience, so we don’t fall into the issues that perhaps more traditional British or Irish cider brands would face.”
Rival brand Rekorderlig, which is also produced in Sweden, offered a similar perspective.
While Nicol Mason, senior brand manager at distributor Chilli Marketing, acknowledged “warmer weather brings greater cider sales”, she said the opportunity is limited in the UK as the temperature is not uniformly hot over the summer.
And she told SLTN the visibility of cider brands throughout the course of the year – Rekorderlig, for example, has a winter variant (apple, cinnamon and vanilla) – hints that summer is no longer the be all and end all.
“Although in previous years activity and noise around cider was most prevalent in the summer months, it has become obvious that brands are extending activity into the colder months,” Nicol said.
“Innovation within flavoured cider has been a major catalyst of this year-round growth and we don’t see this stopping. 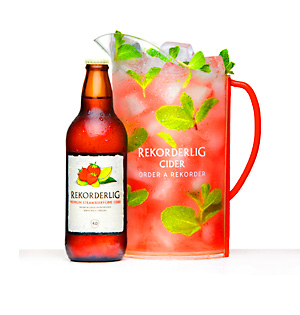 “Rekorderlig has pioneered more exciting premium serves in order to create more of a cocktail look and feel, such as fresh mint and lime in the strawberry-lime variant.
“This is most common within smaller independent operators as they strive to offer a point of difference.”
Summer may no longer be everything to cider, but the season is still expected to see a host of limited edition variants arrive on the market.
One such product is Bulmers Vintage Reserve, which will be available to UK bars for the first time. It joins a portfolio that includes Bulmers No.17, an apple cider with crushed red berries and a shot of lime which debuted last year.
For brand owner Heineken such innovation is crucial to maintaining the category’s growth.
“Modern ciders are enjoying 8% MAT (moving annual total) growth which is being driven by 104% growth in flavoured cider and Bulmers limited edition and permanent variants make a leading contribution to this success,” said Sanjay Patel, brand director-ciders at Heineken.
“Genuine product innovation like Vintage Reserve and Bulmers No. 17 are the lifeblood of the category – they fuel consumers’ interest and attract new and lapsed drinkers to cider.”
But producers looking to innovate should proceed with caution, according to both Mason at Rekorderlig and Nugent at COS Brands.
Mason said “innovation for innovation’s sake is not worthwhile” while Nugent warned that the category has to “learn the mistakes of categories past” and not flood the market with too many products.
“I think there’s going to be a plethora of fruit launches this summer,” Nugent said.
“Off the top of my head I can think of six so it’s going to be a very busy marketplace.
“We’re very conscious of not wanting to put too much pressure on the publican to offer too many variants, because they simply don’t have space.
“Yet there is a massive consumer demand for fruit cider and new fruit ciders, which allows us to bring out a seasonal offering every year (raspberry and mint) while still taking just one fridge space.”
That logic underpinned the launch by Kopparberg to launch its new Naked Apple variant, arguing that it brings something new to a sub-category said to have seen little innovation lately.