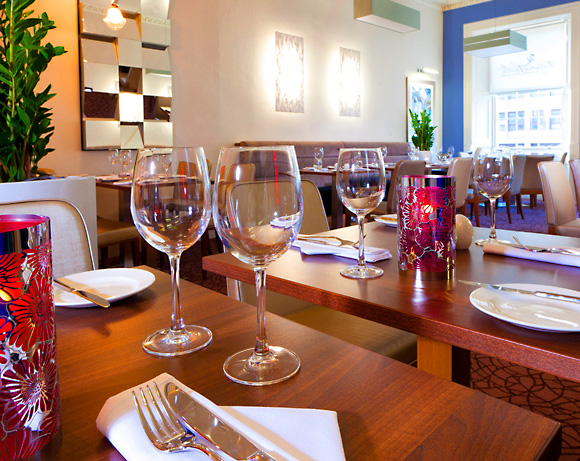 SCOTLAND’S second Hotel Indigo has opened its doors in Edinburgh.

Located in York Place in the city’s new town, the 60-bedroom hotel is owned by Sojourn Hotels, which operates a further four hotels across the UK under licence from InterContinental Hotels Group, including the Holiday Inn Express in Glenrothes.
The launch of the Edinburgh property, in the former Osbourne Hotel, comes a year after InterContinental launched its first Hotel Indigo north of the border in Glasgow, which is operated by Maurice Taylor’s Chardon Management.
Hotel Indigo Edinburgh’s interior is designed to reflect the hotel’s location and incorporates images of the new town, St Andrews Square and Calton Hill.
Many original features of the A-listed 18th century building, including decorative stairwells and a cupola, have been enhanced.
Bar and restaurant the Turquoise Thistle features contemporary thistle prints and modern artwork of Arthur’s Seat, which was created for the hotel by a student from Edinburgh University.
The restaurant serves breakfast, lunch, afternoon tea and dinner, offering “traditional Scottish dishes with a contemporary twist”; the bar and lounge area has an extensive range of whisky and cocktails, including its ‘signature’ cranachan cocktails.
Hotel Indigo’s Matt Luscombe said the new Edinburgh property is part of a wider plan to expand the brand, which currently stands at 39 hotels worldwide.
“Hotel Indigo Edinburgh is the second Hotel Indigo in Scotland and one of 11 scheduled to open in Europe in the next two to three years,” he said.