THE concept of seasonal drinking is nothing new to the ale category.

Each year breweries around the country introduce new, limited edition beers that are designed to capture the essence of a particular season.
As well as offering brewers a chance to stretch their creative legs and try out new recipes, these beers can also help publicans to keep their drinks offering fresh year-round.
With summer approaching, microbrewers told SLTN that lighter beers are the order of the day.
But what makes a great summer brew?
“It should be light and refreshing, something that becomes a bit moreish,” said Derek Moore, who runs The Kelburn Brewery in Barrhead with his family.
“I wouldn’t tend to go for a heavy, dark, high-strength beer. I think in the summer it’s got to be a thirst-quencher.
“A good summer ale should be between about 3.6 and 4% ABV.”
Kelburn introduced summer ale Pivo Estivo several years ago as a seasonal ale, before its popularity encouraged the brewery to offer it permanently.
Williams Brothers Brewing Company in Alloa is another brewery that introduced a seasonal summer beer, only to see it become a permanent feature in its portfolio.
Birds & Bees will be joined this summer by seasonal beers from the brewer, including Juniper and Caesar Augustus. 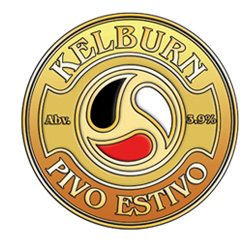 Brewery co-founder Bruce Williams said that temperature is also a consideration during the summer months, and pointed to the emerging ‘craft in keg’ trend as an ideal solution for pubs this summer.
“If you go into a bar and it’s a hot, sunny day you’ll probably pick up a nice frosted glass of cold lager rather than a pint of warm real ale,” said Williams.
“So on the real ale side you’ve got to try and compete by making it blonde and citrusy and fresh.
“With the keg products we’re doing now, they’re all served through chillers and carbonated.
“You tend to find that cask ales are great in the spring and start to come back again in the autumn but in the middle of the summer they are not that popular, because they’re served at ambient temperatures.”
In addition to catering to real ale enthusiasts looking for a lighter alternative, stocking a summer edition beer can also help to create buzz around a pub.
“It just gives them a little more diversity on the bar if they’ve got new beers in,” said Jo Stewart, sales and marketing director at Stewart Brewing.
“We’re finding more and more pubs advertise what beers they’ve got on through various websites and also on Twitter as well.
“If they’ve got something new on it definitely attracts people in. If there’s a limited edition beer on people will go and find out where it is and go and have a try.”
And it’s not just the established ale drinkers that are attracted to summer beers.
According to Fergus Clark, managing director of the Inveralmond Brewery, his company’s seasonal Inkie Pinkie beer has proved particularly popular with female drinkers.
Clark argued that lighter, more accessible summer ales are ideal for pubs not currently stocking real ale but who might want to give the category a try.
“It is an obvious product to put in to see whether there is demand for that type of product in that particular premises,” he said. “I would encourage publicans to give that a try.”