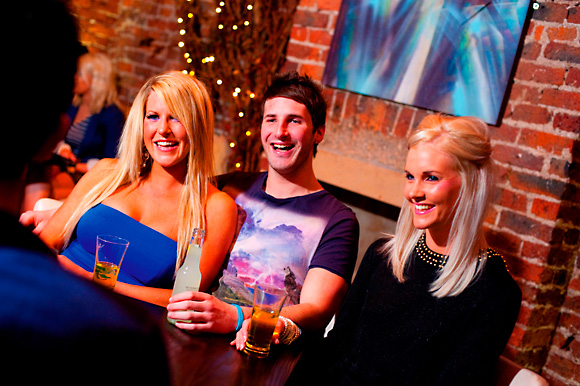 AT its peak in the early noughties, the ready-to-drink category was a hive of activity.

Now, unlikely as it may seem, the twenty tens could be set to bring more of the same.
Recent weeks have seen brands launch new variants and flavours, including Sourz Fusionz and WKD Club Edition, and talk of a comeback by Reef, which Molson Coors has just licensed to VK owner Global Brands.
Such innovation is said by the major brands to be key if the category is to thrive in the current decade.
Debs Carter, marketing director at WKD owner Beverage Brands, said it’s important the category offers a balance of established variants and new products.
“A lot of this activity can only help the category,” she told SLTN last week.
“I think what we’re seeing is a mix of proven winners, like WKD Blue, plus innovation, like WKD Club Edition.
“It’s a healthy mix for the category and means it’s not just reliant on innovation; it has a stable base.”
The importance of striking a balance between innovation and established products was echoed by the firm behind VK, the vodka-based RTD.
Following the launch of VK Cheeky last year, Global Brands kicked off 2012 by asking its consumers to suggest a new flavour for the range, which will be introduced as a limited edition in time for Fresher’s Week later this year.
Global has also pledged “focus, innovation and investment” to develop Reef, which it began producing and distributing under licence from Molson Coors last month.

Our advice would be to have some proven brands and try some new things.

“The ready-to-drink market is worth £400 million and RTDs are still the second largest category in the fridge in terms of volume and space, so the sector remains hugely valuable,” said marketing director Simon Green.
“Research has shown that 18 to 24 year olds, which is VK’s target market, are leaning towards sweeter-tasting drinks. VK offers the largest choice of fruit flavours, four of which sit within the top ten fastest-growing RTD brands in the on-trade; and we also launched the range’s newest addition, VK Cheeky, in response to growing consumer demand for new flavour experiences.”
Growing demand from consumers is also said to have prompted the launch of new RTD Sourz Fusionz.
“Our consumer research showed there was an opportunity to reinvigorate the category as 51% of Sourz drinkers drink RTDs,” said Eileen Livingston, marketing controller for Sourz at distributor Maxxium UK.
“We therefore knew the time was right for Sourz to introduce an RTD that stands out from the competition and, importantly, gives consumers an exciting new opportunity to engage with the brand as they seek new flavour experiences.”
With a raft of new products and flavours on the market, the challenge for operators is choosing which products to stock – and allocating the right amount of fridge space for them.
Carter at Beverage Brands said the trade faces some “tough decisions”.
“Our advice would be to have some proven brands and try some new things,” she told SLTN.
“Don’t throw the baby out with the bath water.
“We are aware that operators don’t have elastic fridges so we need to be sure a launch will add to category sales and not cannibalise sales of our other products.
“Our innovation is very consumer-led.
“We have a rolling programme of innovation and we’re not short of ideas. If consumers want a new product we’re ready to go.”