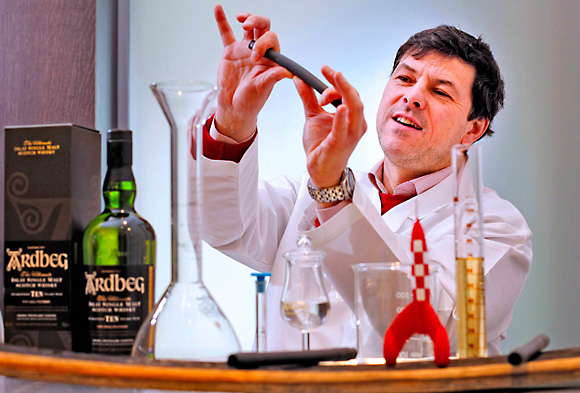 ARDBEG has boldy gone where it seems no distiller has gone before – by conducting a maturation experiment in space.

The Islay distiller aims to test the interaction of Ardbeg-crafted molecules with charred oak in normal gravity on earth and in micro-gravity in space.
During the experiment, led by US-based space research firm NanoRacks, Ardbeg sent vials of compounds known as terpenes – a set of chemicals which are widespread in nature and often very aromatic and flavour-active – as well as other molecules into space onboard the unmanned Russian Progress 45 spacecraft, which launched from Kazakhstan on October 30, 2011, and docked with the International Space Station on November 2.
The molecules will remain in space for at least two years, during which they will be compared against control samples on earth; both at the NanoRacks base in Houston, Texas, and in Warehouse 3 at Ardbeg Distillery on Islay.
Dr Bill Lumsden, head of distilling and whisky creation at Ardbeg, said: “This experiment will throw new light on the effect of gravity on the maturation process.”