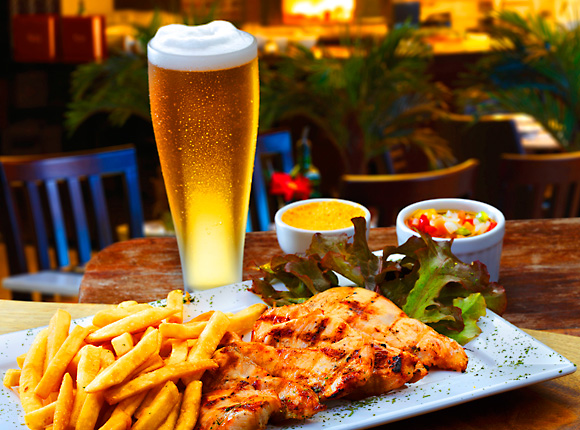 WORLD beer represents a significant opportunity for licensees as consumers continue to broaden their drinks repertoires.

Describing the sector as the ‘star performer’ of the beer category, brand owners and distributors told SLTN last week that operators who strike the right balance between established and more obscure brands stand to benefit.
Lucy Jordan, director of customer marketing at Miller Brands, whose portfolio includes Peroni Nastro Azzurro, said although there was a slight dip in sales of world beer in the Scottish on-trade last year, which she attributed to a couple of brands, there remains plenty of scope for growth.
“Other brands are growing, and consumers are looking to experiment more and try different brands,” she told SLTN. “Our research shows that less than half of consumers have decided what they’re having before they’re in an outlet, so the opportunity to trade up is there.”
The potential for growth was echoed by Carlsberg UK’s Joanna Dring, who encouraged more outlets north of the border to introduce a world beer offer.
“Less than 20% of the on-trade stocks world lager yet this is the best performing sector in the total UK market,” she said.
“As retailers can charge up to 63p extra per pint for world lager over standard lager, the Scottish on-trade should tap into this significant revenue opportunity.”
With a growing number of brands on the market, licensees could be forgiven for finding the world beer sector intimidating to navigate.
Jordan advised operators to start out small, introducing two or three world beers initially and building the range from there. The key, she said, is to stock brands that offer something different and don’t “overlap”.
Jordan also advised licensees to stock multiple formats, saying consumers often choose between draught or packaged beer initially, before considering the brand.
“Our research tells us that consumers only look at five to six brands before making up their mind,” she said. “There’s often a feeling of pressure, particularly if people are in a group. So don’t have too many.
“If you are looking at introducing world beers, if you think about having six beers in a beer range, you might have two or three of those as world beers. Don’t go mad and suddenly introduce eight, because it might confuse your consumers.”
Mark Weaver, sales director of Lasko Beer UK, distributor of Lasko and Bandidos, advocates a similar strategy.
“Out of six, maybe one or two may get a following after four weeks,” he said. “This should be evident and new brands [should be] sought to replace the others. Consumers who have taken to the two brands will not take kindly to having their new favourites taken away.”
Alisdair Hamilton of Molson Coors (Scotland), whose portfolio includes Cobra, Corona and Blue Moon suggests starting out with familiar names. “Ultimately licensees will know their customer base best and this will hugely influence how far and wide they go in terms of sourcing beers from around the world,” he said.
“The more world beers you have available, the greater the opportunity to upsell, but to make the most of this your staff need to be fully trained and know the beers well enough to advise customers.
“World beers lend themselves perfectly to food and beer matching opportunities. Combining beers with dishes from their regions of origin can be a way of both demonstrating their provenance and creating a point of difference for your venue.”
Hamilton’s words were echoed by the firm behind German beer Warsteiner.
“For Warsteiner, the concept of food and beer matching is a cornerstone to position the brand in the customer’s mind,” said Ulrich Kunert, marketing director at Warsteiner International.
“The development in global travel over the last 30 years has seen many consumers travel further afield and, as a result, they are trying new beers in countries around the world.
“The sector will continue to thrive, despite challenging economic times, as discerning drinkers will always be focused on quality and new experiences.”