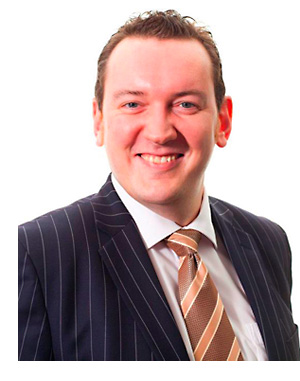 SLTN readers will be encouraged to learn that the courts are beginning to deliver some trade-friendly decisions.

Following the key decision in Brightcrew Ltd v Glasgow licensing board in 2011 there have been subsequent successful appeals which should give licensing boards pause for thought.
Some readers will be familiar with the Brightcrew case, which revolved around a Glasgow lapdancing bar.
The case confirmed that boards should not step out-with their “essential function” of the control of the sale of alcohol in reaching decisions, and that where a board has regard to the five key licensing objectives, they should only do so as far as the objectives are influenced by the sale of alcohol – and not as freestanding, general public interest objectives.
The Brightcrew decision is fortified by section 27(7) of the 2005 Act, which prohibits boards from attaching conditions relating to matters regulated under other law.
But this is very often ignored in practice, with some boards insisting on conditions regarding children’s safety which are clearly governed under health and safety grounds, conditions restricting gaming machine access, which are regulated by the Gambling Act 2005, and so on.
However, the Brightcrew “principle” was adhered to in a couple of recent cases.
In Bapu Properties Ltd v Glasgow licensing board, the court found that the board had strayed into territory outwith its remit. The judgement came after the board had refused an application by Indian restaurant The Dhabba to vary its licence to allow it to serve customers on the pavement outside.
The decision develops the Brightcrew principle, with the sheriff saying: “It cannot be enough for a board to identify a tenuous, incidental, ancillary, indirect, or immaterial connection with a perceived mischief, or licensing objective, to justify [a] refusal”.
When you consider the next case, there is an emerging theme.
In the very recent case of Northset Ltd v Glasgow licensing board, in which my firm acted for Northset, the courts once again found that the board had gone beyond what was required of it by assessing applications with regards to matters regulated elsewhere.
Here the board had again refused a variation for an external area, this time because the stairs leading to the area (which was a sort of rooftop terrace) were “too steep”.
Sheriff Principal Bowen pulled no punches: “[t]he first ground of refusal as stated appears to reflect a view on the part of the board that the stairs leading to and from the external drinking area were too steep having regard to the fact that they might be used by persons who had consumed alcohol.
“This seems to suggest that, albeit the stairs are good enough to comply with the relevant building regulations, they do not comply with some other standard. That standard is unascertainable.
“If the stairs comply, in all respects, with detailed building regulations it cannot be correct for a licensing board to regard them as inadequate as a matter of general impression”.
This decision follows Brightcrew.
Another case which supports this view is Kell (Scotland) Limited v Glasgow licensing board from 2010, which relates to another Glasgow lapdancing club. This case was perhaps somewhat overshadowed by Brightcrew but is worth reading again as the court held that a licensing board was not entitled to impose conditions in relation to sanitary conveniences.
Add all of this together and there is a distinct message from the courts – that boards should stick to regulating the sale of alcohol and only concern themselves with mischief or detriment which flows from the sale of alcohol.
It seems to me that there will continue to be debate over how closely connected a particular mischief or detriment is to the sale of alcohol, and whether it can be proven that the perceived harm “flowed” from the sale of alcohol.
Perhaps we should not get carried away, though.
It has been put to me, for example, that if one argues that drug dealing or drug misuse on a licensed premises does not flow from the sale of alcohol, then a board would not be entitled to take such matters into account. That would be an absurdity.
I can see the force in that, and I do not think boards can be expected to operate in the dark. I can also see a clear causal link between the sale of alcohol and noise disturbance at closing time as a result of persons consuming alcohol.
But on the other hand I cannot see how the presence of an illegal immigrant or a fiddled electricity meter is sufficiently closely connected to the sale of alcohol to warrant board interference.
There is then, in my mind, a “sliding scale” on the Brightcrew principle, and that is very much being played out at licensing hearings across Scotland right now.
• Stephen McGowan is director-licensing and gambling at Lindsays solicitors.