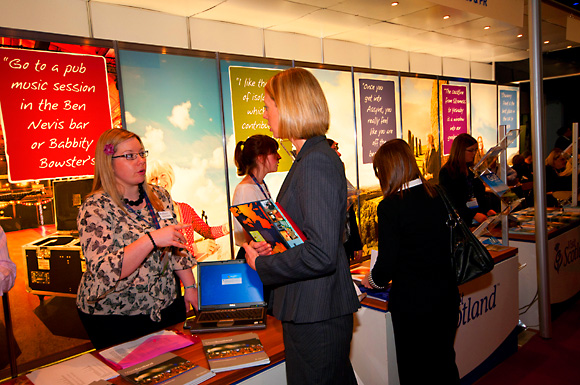 SCOTLAND’S tourism industry will be under the global spotlight later this month when hundreds of international ‘buyers’ attend the annual VisitScotland Expo.

Almost 600 tour operators and travel agents from mature and emerging tourist markets around the world, along with a further 100 UK buyers, are due to attend this year’s event at the Royal Highland Centre in Edinburgh on April 25 and 26.
And they’ll be greeted by more than 180 Scottish suppliers of food, drink, accommodation and tourist attractions, who will gather to ‘sell’ Scotland to the world.
The value of the event was illustrated last week by VisitScotland chief executive Malcolm Roughead, who told SLTN the average return on investment for exhibitors is £28,000, with some businesses generating “much more”.
With this year’s event set to be similar in scale to Expo 2011, which was held in Aberdeen, Roughead said it was a vote of confidence in the Scottish tourism industry given the issues in the Eurozone and the “sluggish” North American economy.
And he insisted this year’s Expo will be pivotal as the industry looks to make the most of national occasions like the Queen’s Diamond Jubilee and Olympics this year, as well as the Commonwealth Games, Ryder Cup and a second Homecoming celebration in 2014.
“As we go into the next three-year period, we have these huge touch points and opportunities for the wider tourism industry,” he said.
“The Year of Food and Drink, which preceded all of this, was very successful – not just the year itself but the work beyond that. And we’ve got the Year of Creative Scotland this year, as well as the Jubilee and Olympics, and Natural Scotland next year leading to Homecoming in 2014, which is when the Ryder Cup and Commonwealth Games take place.
“Our ‘winning years’ strategy is taking these points and moulding them into the whole, which is greater than the sum of the parts.
“While not everyone will be positively impacted by every single event, there are still benefits to be had. Someone might not be that interested in the Olympics, for example, but they might be interested in the golf; there’s something for everyone there.
“If you can start to join up the dots you have a lot of interesting opportunities.” 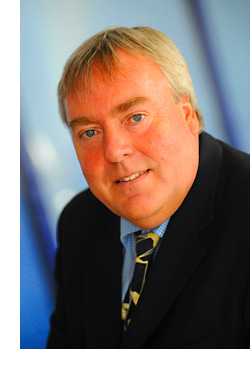 But to make the most of those opportunities the industry must deliver visitors memorable experiences, Roughead said, especially as consumers have perhaps never been so discerning when it comes to food, drink, accommodation or transport.
And the challenge is all the more acute given the enhanced choice consumers have, not to mention the squeeze on household budgets, he said.
On the recent claim by the Scottish Parliament’s economy, energy and tourism committee that the joint government and industry target of 50% growth in tourism revenues by 2015 is “no longer realistic in the current climate”, Roughead said he remains optimistic about the future prospects for Scotland’s tourism industry.
“Our view is that it [growth target] is there until it gets changed and we’ll do our best to get there,” he said.
“I take heart from last year, when the domestic market saw 20% growth in value to £3.2 billion.
“Europe has been sluggish and I think it will remain sluggish this year, and there are signs of recovery in North America.
“The bit we often forget is the day-trip market, which is worth over £6 billion in its own right.
“When you pull it all together there’s a really strong platform we can build from to continue growth.
“Our relationship with the Scottish Licensed Trade Association is going from strength to strength – the two [tourism and pubs] are complementary and totally interlinked.
“I think the opportunities going forward are massive if we all get together. We need everyone to participate and then everyone can win.”