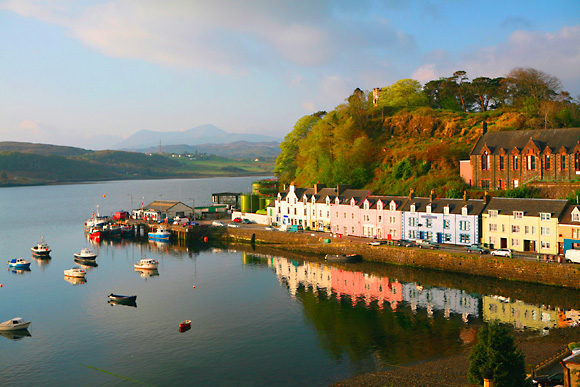 THE growing “staycation” phenomenon is continuing to boost Scotland’s tourism industry, offsetting a decline in the number of international visitors.

The number of overnight domestic visitors to Scotland was up 10% in 2011, according to combined figures from the Office of National Statistics’ latest ‘overseas travel and tourism’ report and the Great Britain Tourism Survey, which charts the volume and value of overnight domestic tourism trips taken by Brits.
Domestic visitors to Scotland were also said to have spent more during their trips in 2011 – up 20% on the previous year.
The strength of the staycation market offset a 1% drop in the number of international visitors to Scotland, although the number of tourists from North America was up 15% last year on 2010. Overall, the number of overnight visitors to Scotland rose 9% in 2011, with expenditure up 14%.
The figures came as research by tourism body VisitScotland revealed day trips are worth £6.2 billion to the Scottish economy. The average spend by ‘day-trippers’ in Scotland was £46 per day visit, compared to £34 and £29 in England and Wales respectively.
Eating and drinking in cafes or restaurants accounted for 51% of the total ‘day trip’ spend in Scotland.
In terms of areas visited, Scotland’s cities and large towns received 57 million day trips, rural areas attracted 34m and the seaside or coast witnessed 14m visits.
VisitScotland chief executive Malcolm Roughead said for every £1 spent marketing Scotland more than £20 comes back into the Scottish economy.
Tourism minister Fergus Ewing said both sets of figures show “just how resilient Scottish tourism is”.
“These figures are a reflection of the hard work being done by Scotland’s tourism industry, and of the innovative marketing campaigns VisitScotland has created, both at home and overseas,” he said.
“The staycation market is continuing to boost visitor numbers and the average spend has carried on rising.”
A debate on Scottish tourism was held on Scotland Tonight the day the figures came out, featuring contributions from Stephen Leckie, chief executive of Crieff Hydro, and Riddell Graham, director of partnerships at VisitScotland. Stressing that “tourism starts at home”, Leckie said it was vital to maximise the staycation trend and to improve connectivity across the sector, explaining that in an often “disparate” industry, communication has to be better. Graham said achieving consistency “at every price step” was the “biggest challenge”.